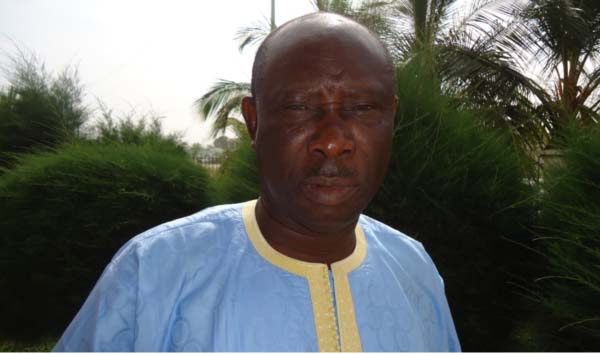 The sector also improves the nutritional standards of Gambians, and ensures the long-term prosperity of the country, the minister added.

The principal objective of the workshop, according to the Fisheries Minister, is to consolidate the framework of consultation, exchange and sharing of experiences on negotiation strategies for good governance of marine resources at the national level.

The forum was also to make a thorough analysis on the outcome and results of previous fisheries agreements, and the preservation of fisheries resources, he announced.

According to the minister, like in other coastal countries within the sub-region, fisheries is an important sector for The Gambia.

“It is important because we are located in the highly productive up-welling zone of the Canary current larger marine ecosystem, where seasonal up-welling and the flow of nutrients from the River Gambia make our marine waters a highly productive area with rich fish resources,” he said.

In recognition of this reality, Minister Gai added, the Gambia government under President Yayha Jammeh continues to give the fisheries sector a priority for national development.

The fisheries minister added that the workshop on the initiative to develop the capacities of fisheries stakeholders is very important, and is the first of its kind to be held in The Gambia.

The three-day workshop was a follow-up to the sub-regional workshop held in Dakar, Senegal, in October 2014, he went on.

According to Minister Gai, they are aware that fisheries agreements are based on the United Nations Convention on the Law of the Sea, UNCLOS, which is the result of global fish decline, coupled with the need for trade globalization in fish and fisheries products.

“We are conscious of our rights and responsibilities as a nation with respect to establishing guidelines for businesses, the environment and the management of marine natural resources,” he said.

Therefore, it was evident that any fisheries access to be negotiated, whether bilateral or multilateral, must be based on a mutually-acceptable agreement with respect to the commercial extraction of fisheries resources found on the Exclusive Economic Zone of one or more of the parties.

He thanked the World Wildlife Fund for Nature (WWF), WAMPO, and the regional partnership for the coastal and marine zone in West Africa for jointly conducting and financing the workshop.

Amadou Camara, conservation director WWF-WAMPO, said the capacity building initiative on fishery agreements negotiation in the three sub-regional countries, was part of the collaboration between WWF and the PRCM.

“The fisheries sector is one of the pillar sectors of our countries, and agreements are important sources of foreign currencies for our country, but also employment opportunities for our workforce,” director Camara said.

At the same time, they are negotiated and executed in a context of fishery resources, degradation of the marine environment and potential use conflicts with the fishermen, he said.

It was for these reasons that negotiations should be implemented with the objective of maximizing profit, maintaining the sustainability of resources and limiting negative impacts on the environment, Mr Camara added.

He thanked WWF and ORCM for their work at the local, regional and international levels for the development of capacities, transparency and good governance of fisheries, which is the only guarantee of success in the management of fisheries heritage in this area of global ecological and biological interest.

Ibrahim Niamadio, of WWF-WAMPO Dakar regional office, said the initiative came after two regional meetings coordinated by SRFC and RECARGAO, from 2004 to 2012, and supported by PRCM in the sub-region.