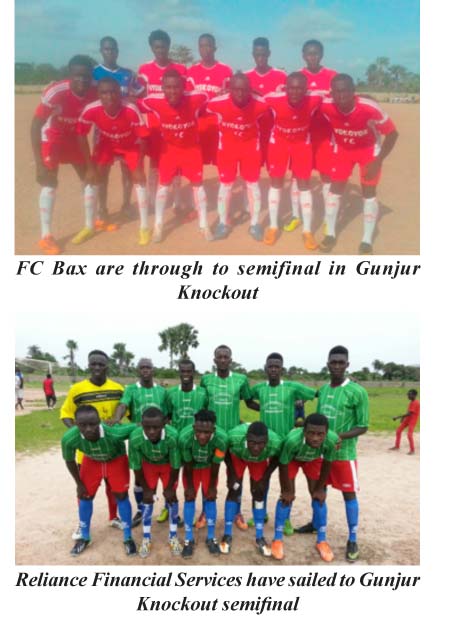 FC Bax and Reliance Financial Services are through to the semifinal in the 2016 Gunjur knockout competition after eliminating Kundembo and Black Star in the quarterfinal games played at the Gunjur Nyamina Football Field.

FC Bax beat Kundembo 4-2 on penalties, after their goalless draw in the regulation time in the first quarterfinal tie played on Friday to sail to the semifinal.

Reliance Financial Services defeated Black Star 5-3 on penalties following a goalless draw in the second quarterfinal tie played on Sunday to progress to the semifinal.

Quarterfinal matches are set to continue today, Tuesday 6 September 2016; Gam Rock will clash with Solid Properties in the third quarterfinal.

On Wednesday 7 September 2016, Mighty Ajax will rub shoulders with Red Star Family in the fourth quarterfinal.

All set for Super Cup finals in SK East, West and Gunjur