DRO KILLA, the New Sensation artiste, is busy putting finishing touches to perform in a concert on 1st of November at the Alliance Francaise.

Drokilla is a clear artiste with difference. He has become to be loved by many because he uses the right phrase to encourage hustlers, who struggle to make ends meet) and traders to batter on goods and trade with his famous song Raba-Raba.

Although this song is favoured by Taxi Drivers, the youths are using it to fast-track their daily struggles and moves.

The song is urban with an explosive beat and a body of sound crafted by rhymes and rhythms and a colourful lyrical flow that is welded by his raw and commanding voice.

Dro Killa is energetic, a volcano lava that absorbs anything on its way, superb footwork on stage, a massive presence and a huge fan base.

He said, “This year is my year”. He has three videos and his song on the Ghetto boy production ‘Gentleman’s Rhythm’ was an instant success. He opened the album with a song that takes all artistes on board since he set the Groove of Raba-Raba in motion and the rest had to follow. The press is saying, he is entertaining and enlightened.

Dro is a complete showman, his showmanship is fabulous. He performed at the Open Mike festival with an explosive, and yet implosive with his voice, he left the crowd astonished and thrilled.

A Gambian by birth and born in Farafenni, his name is Gulam Ahmed Baldeh.

Dro is the choice of a new generation but also adding ancient grooves and Fulani tribal roots music to subject his harmony.

The Fula people use the flute and violin more so often than any other tribe and this is the cornerstone of Dro Killa, the Grant master.

Dro is launching a new release in 1st of November 2014 to make a statement in a Grand concert.

Come and see the stars come out at Night of the 1st of November at Alliance Franco. Time 8 pm onwards. 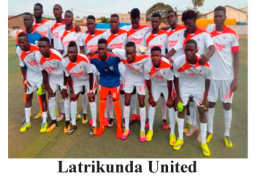 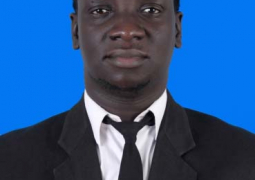