The President of the Gambia National Transport Control Association (GNTCA), Mr. Alh. Mumini Sey has said that drivers are very co-operative to their rules and regulations since the latest fare increment took place. Mr. Sey was speaking in an exclusive interview with this reporter on the issue of high taxi fares charged by some drivers which continues to generate concern in the country. 'The practice involves imposing high charges on commuters thereby making life difficult for especially the low-income earners.

According to Mr. Sey sometimes some of the problems were caused by the commuters not the drivers only, 'you don't expect the vehicles that ply from Banjul to Tabokoto which is ten (10) Dalasi, to drop one at Westfield and you give the driver D5 without the consent of the driver. He added that automatically there would be push and pull which according to him, the association don't want.

"As commuter what is expected of you is before boarding any vehicle make sure the driver is informed about your destination.

Mr. Sey pointed out that if the commuters communicate with drivers before boarding their vehicles there would be less problems, 'because that particular driver will tell you his fare which the commuter can either accept or look for another vehicle.

Mr Sey stated further: "But what we are experiencing in the field is the problem of lack of prior agreement between commuters and drivers. Some commuters only start to discuss fares when the vehicle is already moving. This usually causes arguments at the end."

He therefore used the occasion to urge the general public to comply with the system that is in place. 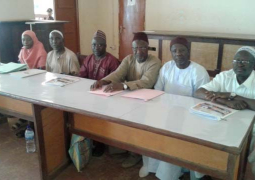