Many a time, the beginning of the rainy season has its attendant costs and implications.

In the field, newborn lambs are struggling to the feet, a sign of oncoming spring and the re-fertilisation of the earth.

Domestically, it is time when women's works reflect the movements of the season and the rhythms of nature.

However, there are many legends surrounding our beliefs. Activities that promote increased agricultural productivity must be encouraged, while those marked by domestic rituals to "stop the rain" must cease to exist.

Sadly, in many places the season is not conducive for traveling because of potholes and stagnant waters on the roads.

Added to this, there are many unfinished works still in the pipeline.

While government must be commended for such undertakings, the timing of certain projects is unthinkable and ridiculous, to say the least. That's to say, a project implementation requires sound feasibility studies and planning to avoid inconvenience caused to the users.

For example, the Sukuta-Serrekunda road is now a nightmare for commuters because of the late project implementation.

Worst of all, women in this area spend endless times trying to reach to the market, while workers commuting to work are seen stranded on the road sides, because of inaccessibility to the area. 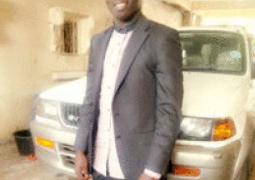