One Yunusa Nying of Brikama was recently convicted and sentenced to a fine of D1000 in default to serve three months imprisonment by the Brikama Magistrates' Court presided over by Magistrate John Njie.

The convict was about two years ago at Brikama said to have taken a cow from one Samba Gassama with the pretext that after slaughtering and selling the meat he would reimburse the cost of the cow to the complainant.

In a separate development, Magistrate John Njie also convicted and sentenced one Alhagie Bah to six months imprisonment in hard labour for stealing from a motor vehicle.

It could be recalled that the convict on , along Brikama-Serekunda highway stole from a motor vehicle, registration number BJL 8821B, one black briefcase with its contents valued at D6, 175, the property of one Mr Sambou Gassama. 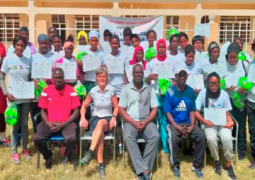