The false information case involving Alasana Jammeh, former Permanent Secretary at the Department of State for Religious Affairs, has been set for ruling at the Banjul Magistrates' Court.

Following the closure of the prosecution's case, lawyer Borry Touray, who is now defending Mr. Jammeh following the appointment of the previous counsel, Lamin Jobarteh, as a high court judge, applied to the court for a week's adjournment to enable him file a "no-case-to-answer" submission.

The trial magistrate, Emmanuel Nkea, subsequently set Tuesday 27th April 2010 as the day on which he would rule on the matter.

It was alleged that, sometime in 2008, Mr. Jammeh (by virtue of his appointment as Permanent Secretary responsible for Religious Affairs) gave false information to the Hajj Commission.

He reportedly told the Hajj Commission that he had received directives from the Office of the President, to select Inter-Continental Airways to transport pilgrims during the 2008 Hajj, knowing the said information to be false.

All the prosecution witnesses that testified in the trial asserted that Inter-Continental Airlines was selected on the basis of being the cheapest among the identified air carriers.

They further testified that this was based on the assertion of Mr. Jammeh that he had received directives from the Office of the President, through a letter, to select the carrier with the lowest bid. However, they all said they did not see the purported letter. 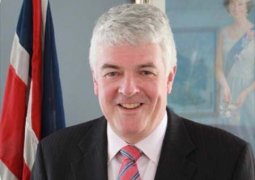