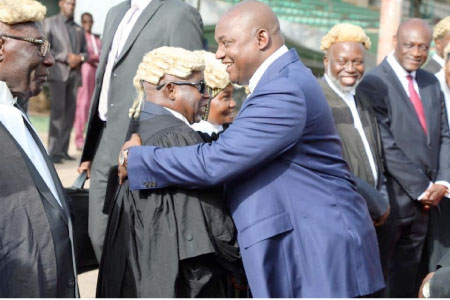 President Adama Barrow has renewed his commitment for an independent judiciary, saying his government is committed to providing a sustained conducive environment for an efficient, transparent and fair legal system in The Gambia.

He made this remarks during the official opening of the 2019-2020 Legal Year at the Law Court’s complex in Banjul on Sunday.

“My Government places the establishment and strengthening of a credible justice system in The Gambia. Accordingly, the Opening of the Legal Year is always a significant moment,” he said.

He added: “It is obvious that sound national justice system administration is vital for the stability and development of any nation. It is important for all branches of government and the general public to give the legal and judicial system the much needed support for it to function responsibly.”

“Looking back over the 2019 judicial year, the statistics relating to disposal of cases are encouraging. The year 2019 saw the registration of 8, 178 cases in the entire court system; 5,446 of these cases were disposed of representing a disposal rate of 67% leaving 3, 687 cases pending,” Chief Justice Assan B. Jallow said.

“I would like to single out Brikama Magistrate Court for particular commendation for the disposal 1,222 of their 1,718 cases (71%) as well as the Kanifing Magistrate Court which had a higher disposal rate of almost 90% with the conclusion of 1656 of their 1,981 cases. I wish to commend also the members of the Bar and other stakeholders for their important contribution to this outcome. We must however continue to strive towards a higher rate of disposal without sacrificing the need for proper justice; for a rushed determination of cases may also result in injustice.”

“Our concern, with particularly the management of criminal cases where delay often results in prolonged pretrial detention on remand, led us to experiment with a new initiative. The months of June and July 2019 were exclusively reserved by all the Courts for the review of all pending criminal cases including the status of those on remand, all of whom were brought before the Court during that period. Some 962 persons accused of criminal offences, including all those on remand, were brought before the Courts and 382 of them were disposed of during those two months, through convictions, acquittals and discharges from custody. Since then, the rest of the criminal cases continue to be dealt with by the Courts on a priority basis. A Stakeholders Committee chaired by the Chief Justice has evaluated the exercise and made recommendations. Given the success of the experiment, it should be undertaken periodically. As a result, the judiciary will again be devoting some weeks in the months of February and March, 2020 exclusively for a similar exercise. This will help not only expedite these urgent cases but we hope that it will assist in the decongestion of the remand wing of the prisons.” 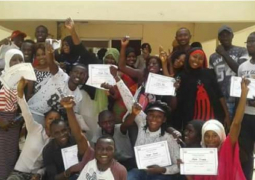