Coach Mustapha Manneh: We will bounce back

Mustapha Manneh, head coach of the FA and Super cup champions Gamtel, has expressed optimism that his team will bounce back to their winning form as the league progresses.

Manneh and his charges got off to a blistering start to the campaign which saw them beat some big guns going into the end of the first round but he has seen that impressive form got stuck by some surprised defeats the latest of which came during Gamtel’s 2-1 defeat to in-form Brikama United at the Box Bar Mini-stadium at the weekend.

Speaking after the defeat at the weekend, Manneh said his team made a perfect start to the game against the league leaders and eventually took an early lead but it only lasted for a short period as Brikama responded with a fine equaliser and went on to win the game 2-1 much to his disappointment.

He said they would make all efforts to ensure they win their remaining games in the first round to have a good chance of fighting for the league title.

According to coach Manneh, who guided Gamtel to the super cup title when they beat Gambia Ports Authority at the Banjul KG5 Mini-stadium in the curtain raiser, has vowed to return to training with his telecommunications giants in a bid to re-adjust their chemistry as they continue their quest to win the title.

Gamtel’s next game is against Africell and the two sides will come face to face in the week eleven fixtures on Sunday. 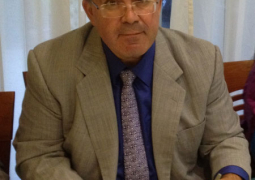