In his evidence before the court, Femi Tohnsun told the court that he resides in Kotu and that he is a businessman.

He said that he knows the accused persons and that he has been working with them for years.

"I deal in business of computers, cell phones, generator and others," the businessman explained.

"The first accused was responsible for sales of all the keys, items and produced of sales," Mr Tohnsun added.

The second accused was the cleaner of the shop, he said, adding that he informed the first accused that he would be travelling to the and that he should take care of the items.

"I told the first accused that my wife will be checking on the items and that if he needs any help, let him talk to her," he explained.

He testified further that he advised the first accused not to allow the second accused to come near the items.

Mr Tohnsun explained that prior to his departure to the , he left his keys with the first accused and confirmed all the items with him.

He indicated that after two weeks of his departure to the , his wife went to the shop and informed him that some items were missing and no record of sales were found.

"I was told by my wife that three mobile phones and coda digital camera were missing in the shop," he told the court.

He said that whilst at the , he phoned the first accused to produce the items before his arrival, but the accused told him he did not see them.

According to him, on his return, he went to the shop and did not see any sign of breaking, adding that where the items were kept no one would have access to them without using the key since there was no breaking.

The first accused did not give any clear information, he said, adding that the missing items were nowhere to be seen. 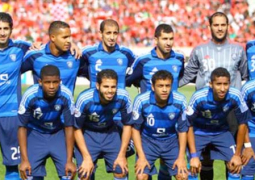