Senior Magistrate Abdoulie Mback of the Kanifing Magistrates' Court on 16th March 2010 convicted and sentenced one Joseph Mendy to a mandatory jail term of nine months for housebreaking.

He was also sentenced to a mandatory jail term of six months with hard labour for stealing.

The court also ordered him to pay a compensation of D20, 000 to the complainant, one Mrs. Patricia Roberts, in default to serve another six months in prison with hard labour.

According to the particulars of offence on count one, on 1st March 2010, at Fajara in the , the convict unlawfully broke and entered into the house of one Mrs. Patricia Roberts to steal. 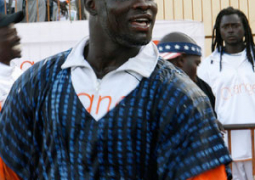