The groupings of the much-anticipated Nawettan which will no doubt be the serious assignments of the newly elected Bakau Zonal Sports Committee has been released involving twenty teams that have been separated into four tough groups five in each. They would be involved in another exciting and scintillating moment of Nawettan football in Bakau zone.

The last year's league cup title holders Linguere FC that made up group A, alongside Mamakoto, Vidar, Smiling Coast and J-fin, is expected to start in defence of their league title with the great optimism of repeating the same momentum against the likes of Mamakoto,Vidar FC, J- Fin, and Smiling Coast when the championship kicks-off next Tuesday.

Katchically United, Bremen Africell, Saul Samba, Milan have been drawn in group B with mighty Ron-Mango that clinched the knock-out championship trophy last year, after thumping Linguere in the final played at the Independence Stadium.

Group C which is described by many as the group of death includes Seaview, 5-Junction, Junior Arms, Luniburg and Vietnam Border.

Luniburg is a new team dominated by youngsters of Bakau New Town and if their fantastic performance in the just ended qualifiers is anything to go by, then there is a possibility that they would deliver as expected.

But the intensity of the challenges against the power houses, such as Vietnam Border, Sea View and Junior Arms, are the most difficult things they need to overcome to put their dreams back on track.

The rejuvenated that endured an indifferent start to the qualifiers is currently enjoying 'a superb run of form of late'.

But the question remains, can they survive in a group that includes experience teams like Scan Tours, Magadan, Bantankoto, and a one time super cup champions Late F.M. Mbye in their first Nawettan debut

The Head Coach of Youngsters Ebou Njie who was once a popular figure in the Gambia's National U-17 team remained confident of his team's possibility of making an impact in the summer championship. 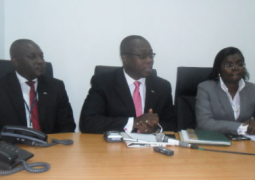