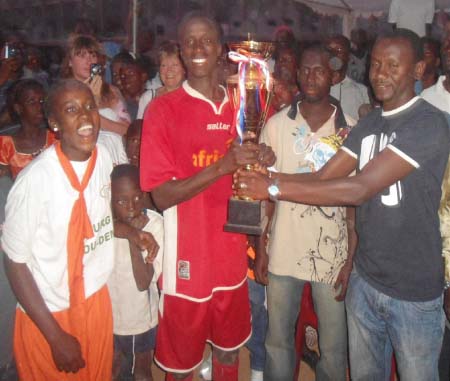 Luniburg were confirmed champions of this year’s Bakau League Cup Championship thanks to their 1-nil win over highly rated Magadan in a bitterly fought final played at Real de Banjul football field at the weekend.

A sensational second half strike from Luniburg’s young forward sensation Ousman Njie was all Bakau Newtown outfit needed to celebrate their first-ever league cup accolade, a game that marked the end of this year’s league cup championship characterised by some brilliant display of team show coupled with some individual brilliance.

The two sides entered the weekend clash on the back of impressive run of fine form following eye-catching wins over their respective opponents en route to the big showdown.

However, it was the ever determined Bakau Newtown side that grabbed the winner courtesy of a fine strike by Steve Biko pacy forward Ousman Njie, who took full advantage of Ousman Senghore’s brilliant cross to fire home what appeared to be the decisive moment of the big contest.

A teeming number of Luniburg’s fans marched into the pitch shortly after the final whistle to express their delight and satisfaction for the heroic achievement of their team who made everyone proud after strings of outstanding performances have seen them become the heroes of this year’s campaign.

Coach Omar Bah (Lille) and his charges were rewarded with D15,000 and a giant trophy in appreciation of their magnificent achievement in an extraordinary fashion.

Team officials and players later took to the stage to receive the top honour with excitement over the milestone in the annals of the club that has forged a great reputation as one of the finest attacking Nawetan teams in Bakau in recent times.

Magadan’s achievement in the campaign was not also ignored as they were rewarded for their brilliant performance by walking away with D10,000 as a consolation prize for finishing second.

Pointsport was reliably informed that Gamcel was the sponsor of the prizes of this year’s league final. 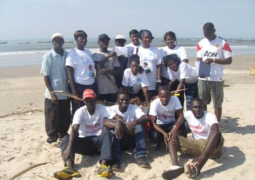