The Banjul Magistrates' Court, presided over by Magistrate Kayode, yesterday adjourned the case of the alleged MFDC rebels to for judgement.

During yesterday's proceedings, all the nine accused persons took their time to narrate their side of the story in defence of the allegation preferred against them by the Gambian authorities. In their defence, the nine accused persons said that the charges preferred against them do not hold water, adding that regarding the charge of terrorism, the MFDC rebel movement had never done anything to disturb the peace of The Gambia.

It would be recalled that the nine alleged MFDC rebels from the Southern Senegalese region of Casamance have been standing trial in The Gambia on eight counts believed to be contrary to the Laws of The Gambia. The particulars of the first four counts run as follow:

Count 1- The accused persons between 2004 and 2006 while in diverse places in The Gambia conspired to carry out acts of terrorism against a neighbouring state, to wit , in a manner prejudicial to the public security and national defence of The Gambia and thereby committed an offence.

Count 2- The accused persons, between 2004 and 2006 in diverse places in The Gambia, collected photographs or documents of a confidential nature concerning a security installation of The Gambia which may be directly or indirectly useful to an enemy and thereby committed an offence.

Count 3- The accused persons between 2004 and 2006 received military equipment from Sam Kambai knowing or having reason to believe that it was feloniously obtained, thereby committing an offence.

Count 4- The accused persons, between 2004 and 2006, not being Gambian citizens, falsely acquired Gambian National Identity Cards and thereby committed an offence. 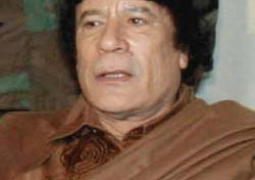