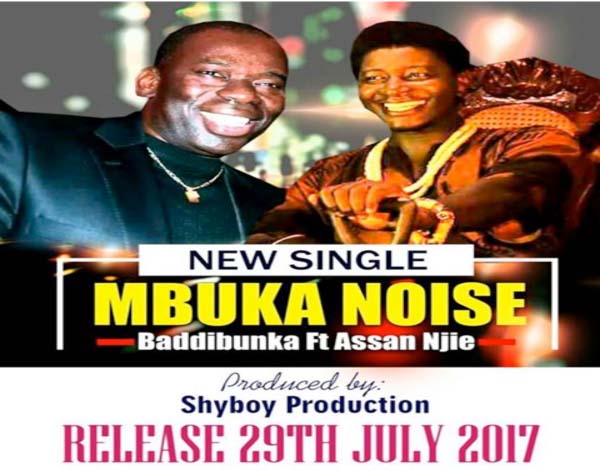 The song was produced by Shyboy Production and released on 29 July 2017.

Baddibunka told journalists that the song talks about hard work, determination and dedication.

“It advises young people to work hard and live in a decent life,” he stressed.

According to him, he expects to shoot a video of the song very soon.

He declared that the song will be featured in his upcoming album.

“I want my music to cross the borders that is the reason for this collaboration with Assan Njie, and I am determined to take afro-manding to another level,” the afromanding sensational outlined.

He reveled that his next move is to have collaboration with Malian sensational singers like Sidike Jobarteh and Oumie Sankare.

He admitted that he has been silent for so long because he was working as an independent artist, but now he will be going with ‘high speed’ as he got support from people who are ready to push his music.

“I believe that I can keep afromanding alive as our identity and culture,” he said.