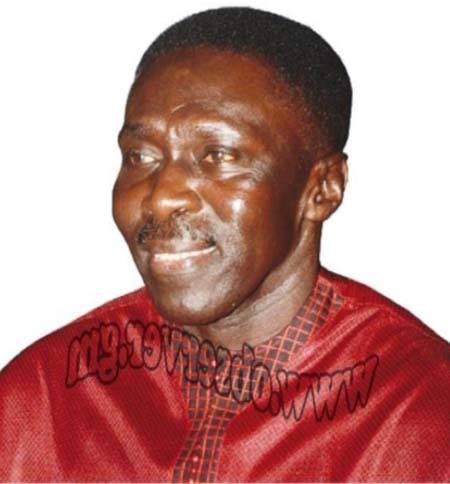 Hon. Sulayman Samba, Secretary General and Head of the Civil Service, has said The Gambia has made “tremendous strides in various human rights-related areas, such as health, education, empowerment of women and youths, children’s issues and agriculture”.

SG Samba made this statement at the opening of the 58th Ordinary Session of the African Commission on Human and People’s Rights, which kick-started on Wednesday at the Kairaba Beach Hotel.

“The Government of the Islamic Republic of The Gambia has worked steadily towards improving the lives of its citizens and ensuring that its obligations under the African Charter and other regional and international human rights instruments are adhered to,” he said.

“To this end, The Gambia has made tremendous strides in various human rights-related areas, such as health, education, empowerment of women and youths, children’s issues and agriculture.”

However, he noted, many challenges still remain, as Africa is still faced with armed conflicts and violence, terrorist attacks, socio-economic downturns, high maternal and infant mortality rates, poverty and other issues and challenges.

SG Samba said further that the Gambia government is also committed to partnering with the African Union to fight terrorism, conflicts and violence hindering African economic and social development.

SG Samba also said The Gambia has outlawed such traditional practices as Female Genital Mutilation/ Cutting, to protect and promote the girl child and women in The Gambia.

“It is the responsibilities of the states to promote and protect women in all spheres of life, to boost their development,” he said, adding: “The Government of the Islamic Republic of The Gambia has taken numerous steps to fulfill this obligation.”

He also said the recent banning of Female Genital Mutilation/Cutting and the enactment of law prohibiting FGM and other legal frameworks such as the Domestic Violence Act of 2013 and the Sexual Offences Act of 2013 “are clear manifestations of the Government of The Gambia’s strong commitment to the promotion and protection of the rights of women”.

These African Union charters, Ms Tlakula added, have made “significant contributions” to the promotion and protection of human and peoples’ rights on the continent.

The African Commission chair also commended The Gambia for banning FGM and Ghana for launching the AU Campaign to End Child-Marriage in Africa on 10 February 2016.

CHRISTMAS MESSAGE Delivered by His Excellency, Mr. Adama Barrow, President of the Republic of The Gambia Broadcast December 2019