Child Fund International USA (formerly CCF), is an international organisation working in the Gambia for 25 years. The organisation which operates mainly in the Western Region, works with communities by providing support to over 20,000 children, 9000 families and 32 communities.

The change of the name was unanimously agreed on April 21st 2009, by the International Board of CCF, thus its national office will now be called Childfund the Gambia.

As part of events marking the launch of change of name, a press conference was organised yesterday to brief the press about this development, held at its conference room in Kanifing North.

Addressing pressmen, Ousman Cham, the Regional Director West and Central Africa told newsmen that, since its inception in 1938, CCF - USA has provided assistance to over $2.9 billion worth of services to children and their communities around the world.

"Last year we provided assistance to over 15.2 million children in five continents with programmes that had a total value of $223.3 million," he stated.

West and Central Africa regional boss also reminded journalists that they work as a member of the Childfund Alliance, a family of 12 child development and sponsorship organisations that provide development and humanitarian assistance in 55 countries around the globe.

Mr. Cham, however, stated that in April 2009, they completed a new strategy and a long range of strategic plans, adding that "part of our strategy involved an exciting development regarding our name".

"I am pleased to announce that with effect from yesterday CCF will become Childfund International USA," he stated.

He further expressed that "the new name and brand will align us more closely with Childfund Alliance, expand our reach interms of fundraising and development, accurately reflects on our current non-sectarian position."

In Africa, Mr. Cham further went on, "we work in 11 countries implementing programmes through over 350 community federations and associations, saying the total value of programme in Africa was $73 million.

Also briefing the journalists, was Mr. Eustace Cassell, the National Director of Childfund the Gambia, who said the national office has been operating in the country for the past 25 years, adding that they are currently operating in the Western Region. He noted that they directly assist over 20,000 children, 8,578 families and indirectly reach out to over 82,155 community members in six affiliated programme areas.

According to him, the programme has an average value of $2.7 million annually, stressing that the main source of its funding is sponsorship.

Mr. Cassell also disclosed to news men that, the national office has a growing portfolio of funding from donors, including Childfund German, UNICEF and European Commission. 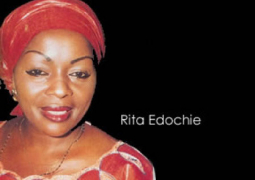