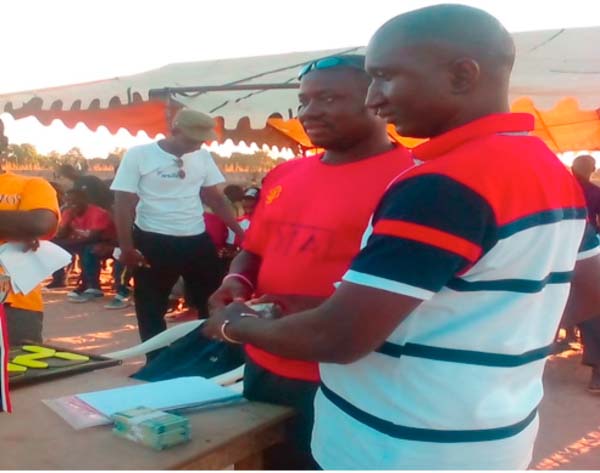 Ahmed S.B. Bojang, a member of Gunjur Sateh Kafoo on behalf of Gunjurians in the Diaspora, on Saturday 7 January 2017 presented D88,000 to Gunjur zonal team after their 2016 FiBank Gambia Limited-sponsored Super Nawettan triumph.

Gunjur came from one nil down to beat Banjul 2-1 in a well-attended final game played at the Independence Stadium in Bakau, on 28 October 2016.

Presenting the cash to Gunjur Sports Committee at a ceremony held at the Gunjur Nyamina Football Field, Ahmed S.B. Bojang, a member of Gunjur Sateh Kafoo, said the cash was generated by Gunjurians mainly residing in the United Kingdom, the United States of America and other parts of Europe after the team clinched the 2016 FiBank Gambia Limited-sponsored Super Nawettan.