The late Deyda Hydara, Co-proprietor and Managing Editor of The Point newspaper will be honoured with a Lifetime Achievement Award for the year 2009 by the African People's Intercontinental Awards (APIA).

Deyda Hydara, who was highly recommended for this Award will be honored alongside other accomplished Africans at an event to be held at the prestigious , on at .

"Among the aims and objectives of the African People's Intercontinental Awards is to highlight and honor Africans and descendants of around the world who have excelled in their profession. We see it as an obligation to promote people with great repute within our community", a news release from stated.

The release added " the New Frontier Showcase" is a combination of events to celebrate Africans' achievements and recognize Africans that are promoting the positive image of our people around the world. This event is sponsored by ChatAfriK eWorld - the largest network of Internet eGroups with over 50,000 combined subscribers worldwide". 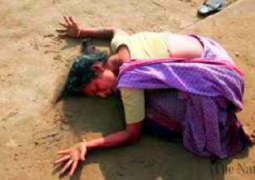