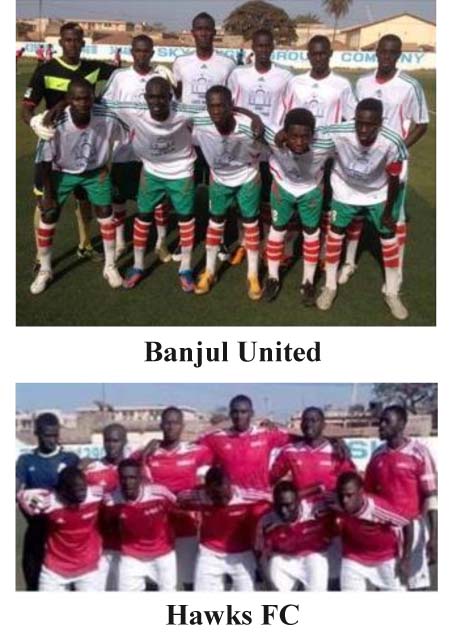 Banjul United will rub shoulders with Hawks in the all-Banjul derby clash in the 2013-2014 West African Lotto-sponsored Gambia Football Federation (GFF) final slated for Saturday 16 August 2014, at the Independence Stadium in Bakau.

The FA Cup final tie between Banjul United and Hawks is described by many football enthusiasts in Greater Banjul and surrounding areas as a mouth-watering clash.

Banjul United sealed a place in the FA Cup final following their penalty shootout win over Brikama United, after the regular time failed to produce a winner in the semi-final game played at the Serrekunda East Mini Stadium.

Banjul United will make all efforts to snatch a win against Hawks in the all-Banjul derby to clinch their first-ever FA Cup title since making their debut in the country’s divisional football in 2010.

Hawks thumped Young Africans 3-1in the semi-final tie played at the Independence Stadium in Bakau to advance to the final, and will be vying for a win against Banjul United on Saturday to lift the FA Cup title after several years of trophy drought.

Our National Sports Policy and Programme of Action is Ending - What Now?