Sambujang Manneh, a police officer attached to the fraud squad at police headquarters in Banjul, yesterday testified in the economic crime case involving three ministry of Agriculture officials, before Justice Abi of the Banjul High Court.

In his testimony, he said he knew the third accused, Ada Gaye, adding that around December 2014 he obtained a cautionary statement from her.

Manneh identified the statements in court, but defence counsel SM Tambadou said he was seeing them for the first time.

He said the documents were served together with the bill of indictment but were not readable.

However, he was not objecting to the tendering of the statements, which were tendered in court and marked as exhibits.

Under cross-examination by SM Tambadou, the witness said he recorded the voluntary statement of the 3rd accused in December 2014, who denied the charges.

The voluntary statement was tendered in court without any objection from the DPP.

The witness also told the court that he recorded the cautionary statement. 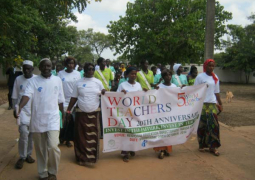