There was controversy at the National Assembly last Thursday as members raised questions as to how much The Gambia's current senior national team coach, Belgian Paul Put earns as a monthly salary.

This comes in the wake of parliamentary question raised by Hon. Sainey Jaiteh, the member for Serrekunda Central as to how much is being paid to the senior national team coach.

In response, Sheriff Gomez, the Minister for Youth and Sports, to the surprise of deputies said the issue of the coach's salary should not be a subject for public discussion. As he put it, it is personal to the coach.

"After thorough consultations, it is my humble view that the issue of the coach's salary should not be subject for public discussion as it is personal to the coach", Youth and Sports Minister told deputies, while reassuring them that the coach's contract commensurate with coaches of his calibre.

This, however, raised anger among members notably the Majority Leader, Hon. Fabakary Tombong Jatta, Sidia Jatta of Wuli West, Netty Baldeh of Tumana, Seedy Njie, nominated member and Borry Colley of Foni Jarrol, who all argued that the salary of all public servants should not be made secret.

According to them, if the salary of the President as the number one servant is not kept secret to the National Assembly, then nobody should be exempted. For them, if the salaries of international coaches are never kept secret, Paul Put's salary should not be an exemption.

However, in response to some of the concerns raised, Mr. Gomez told deputies that the information could be provided to the National Assembly through other means but not public. 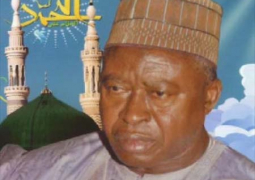