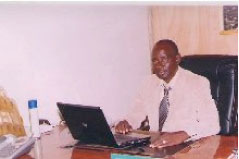 The annual Brufut Marathon is here again, to be held on Saturday December 8th, with all activities centering in and around the town of Brufut.

The 18th edition was designed to be the commencement of a new era in the format and scope of the now famous race. It will for the first time attract over 1000 runners, made of teams from companies, schools and an individuals residing in and out of The Gambia.

Registration for this year’s event is open until December 2nd 2012 and all institutions are invited to fill the registration forms detailing categories of events and mode of registration now available at the reception or with the sports coordinators of most hotels, companies and sports organizations, press houses, and schools in Brufut.

The organizers of the Run, the BMRA wishes to announce for the interest of potential overseas participants that it has partnered with Brussels Airlines and the Brufut-based 5- Star hotel, Sheraton Hotel, to meet the travelling and accommodation needs of would-be runners. For more on this, runners are advised to log on to www.brufut-ma.org for direct information on this matter.

Started in 1994, the Brufut Marathon Run has an intriguing feature and history of being the most regularly held and most famous Gambian Road Race, organized in a semi -urban setting, by mainly indigenes of the coastal town until now known mainly for its fish landing beach.

The run has rapidly developed to be an attraction for budding schools’ and national athletes, past and present, all of whom have passed through it and still hold affection for it.

Over the years, it has also attracted overseas interest mainly through the influence of its UK collaborators, Friends of The Gambia Association, FOTGA, which facilitates the dissemination of information about it around the world and the UK, in particular.