It is against this backdrop that Yakumba’s Nest last Friday launched a new foundation aimed at reinforcing the country’s fight against SGBV.

At the ceremony held in Lamin Babylon School, Fallu Sowe, National Coordinator Against Gender-Based Violence highlighted the role of parents in curbing the menace.

He described the launch of the foundation as timely, and further applauded the foundation for its foresight in coming up with such laudable initiatives.

NGBV Coordinator called on all to support the foundation achieve it objectives.

“We must not engage in business of protecting perpetrators in our societies. We need to report all cases of violence to the concern authorities.”

Fanta Mballow, chairlady of Yakumba’s Nest Foundation dwelled on the vision of the foundation, which she said, is here to fight SGBV and to support women thereby protecting and promoting the rights of children especially the girl-child.

She revealed that within their short space of existence, the foundation has undertaken series of philanthropic work in health facilities within the Greater Banjul Area and West Coast Region.

“It is crucial for both partners and members of the society to participate in the prevention of SGBV by reporting such incidents to the concern authorities.” she added.

Fanta Jaw Manneh, who spoke on behalf of YKN partner-based in the United Kingdom, Binta Cham re-echoed that domestic violence against women and girls is a serious concern around the world and The Gambia is not an inception.

She said the foundation has taken upon itself to save and protect vulnerable women and girls in communities. 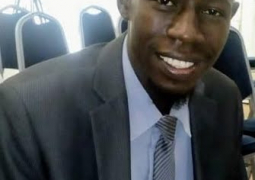 A student at the University of The Gambia has lodged a complaint at the National Human Rights Commission after he accused his lecturer of violating his right. 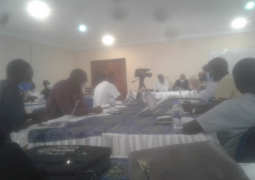 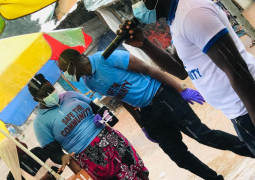