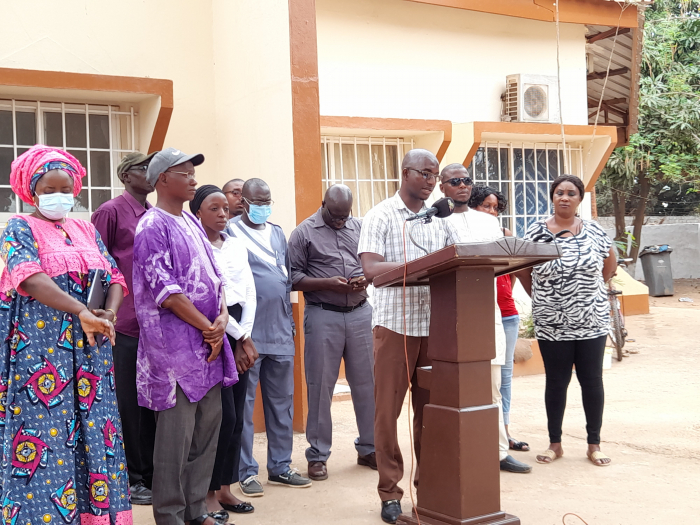 Sharing its preliminary Findings with Gambians on the ongoing Voter Registration Exercise being Observed by the Coalition’s Team, Lamin Jahateh, representing the Chairperson of CSO said there were reported incidents of interference at places like Latrikunda Sabiji and Fajikunda wards, which he said, has led to exchange of words with the resident communities as Councilors are asking IEC officials not to register anyone from the said communities.

Jahateh indicated that since the commencement of the registration exercise, the coalition has observed the opening and closing in the urban and rural areas to ascertain whether registrations are taking place in general and in a peaceful environment.

“A number of those who turned up to get registered were seen turned away in some registration centers we visited due to various reasons, including being in possession of conflicting documents, expired ID and photo copied alkalo’s attestation.”

He explained that the Coalition’s Team of Observers also observed intimidation and discrimination of people who came to register by political party agents especially at Tallinding Buffer Zone where the ward councilor was said to have attacked the IEC officials for registering an applicant, who was believed to understand only one of the local languages.

Elsewhere, in places like Bantanding Wollof and Jokadou Districts a party agent was said to help the Alkalo in the area to issue attestations which the Coalition’s Team of Observers considers unlawful and a conflict of interest for a party to facilitate the signing of attestation.

“We’ve also gathered reports that it was the Alkalo’s decision for that of Jokadu since he could not write.”

Salama Njie , Coordinator of Coalition’s Team of Observers on Election The Gambia reminded that the CSOs is a combination of different Civil Society Organisations spearheaded and coordinated by WANEP The Gambia as a home grown national platform established in 2006 to facilitate and enhance participation in election and democracy.

With a membership of 30 Civil Society Organizations, the CSO coalition in election continues to participate and influence public policy through election observations and conflict monitoring, she added.

“The coalition has mix-strategy leadership and supervision of the operations general body and the coordination secretariat is online with the coalition in terms of references in order to ensure that the credibility of the election is safeguarded.”

The coalition, she added, is a team of 53 Observers deployed in all the seven administrative regions of the country to observe the general voters’ registration exercise, and all observers signed a code of conduct abiding to their observation with independence and fairness. 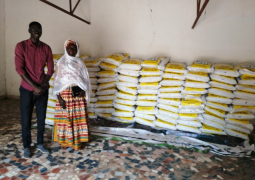 Gambias Venner, a Danish non- profit organization has donated 104 bags of rice to women vendors at the Tourism Development Area (TDA) and hotel workers  through its sister organization in The Gambia, the Danish Gambian Friendship Society. 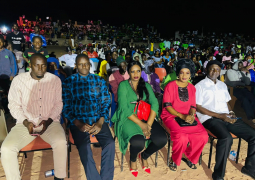 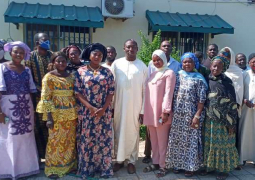 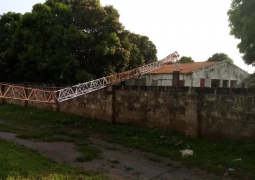