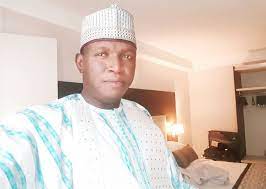 The State Intelligence Service (SIS) formerly of the infamous National Intelligence Agency (NIA), used to be one of the most fearful public institutions in the country during the Jammeh era. However, since the change of government in 2016, and the appointment of the current SIS boss in 2017 by President Adama Barrow, the service has now been credited for being among the most reformed public and security institution in the country.

During a press conference yesterday held at the SIS headquarters in Banjul, the SIS boss, who was speaking on the activities of the service and the reforms it had undertaken for the past years, said: “In the attempt to turn around the SIS in the new Gambia, this is being done with a view to reshaping, reengineering, refocusing, recasting, resetting and most importantly repositioning the SIS as the intelligence service of The Gambia under a democratic government. This has been the task we tasked ourselves with. This was the reality that informed our reformed agenda. We tasked ourselves with institutional operational reforms. Certainly, the operation of the services has to do with the way we do our business but also how the public perceive us.”

“From 2017 to date, we do what we called a horizon scanning of the country but also of the public opinion about the SIS and what the expectations were. The realisation was that the public both home and abroad was disapproving of the modus operandi of the service or how the service was doing its business which was seemed to be done with excesses. Without burying our heads in the sand, from day one, we said the operation is going to entirely focus on our principal mandate which is intelligence collection, processing, analysis and dissemination.”

He further added: “We realised that the excesses were not helpful to the proper functioning of the service of which we come up with the mantra to cut off all excesses that were associated with the service or the service that seemed to be carrying out or doing outside. That’s the way we have been doing our business since 2017. We neither arrest nor did we detain anyone. We are now much busier, because the service is 24 hours round the clock engaged in activity that is of national interest and national security pursuit of the country both at the domestic or foreign engagement level of this country.”

Sowe maintained that the service over the past years has also strengthened its external relationship around the globe. “Thanks to the improved reforms undertaken by the agency, the SIS improves quality in the product that it does. The quality and credibility of what it does enjoy a high standing among global intelligence organisations. The SIS trajectory overall is good. The service over the years has also maintained its credibility. We make sure of our products before they leave the headquarters or the desk of the DG; they are well analysed, well processed and all that matters is on them before the consumer receives them, because once it leaves, the next is to advise for decision.”

“No one has used the SIS as an entry point or his leader to address his personal or individual interest. We have been tireless in achieving our principal objectives. We have committed ourselves to providing superior and well analysed information. We are on track to be one of the best intelligence services in Africa.” 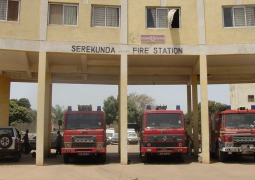 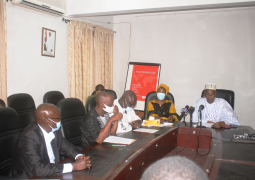