Youth Sent to Jail for Attempting to Commit Felony

One Amadou Sowe was on , convicted and sentenced to a fine of D1000 in default to serve three months with hard labour in prison.

Senior Magistrate Mbackeh of the Kanifing Magistrates' Court handed down the sentence and Couple 358 Sarr was the prosecuting officer.

Magistrate Mbackeh, in his judgement, told the court that the prosecution had proved its case beyond reasonable doubt. He further stated that the court had come to the conclusion that the accused was guilty of the offence. He indicated that the testimonies of the prosecution's witnesses corroborated each other.

However, the accused begged the court for mercy and that this was his first time to transgress the law.

He was finally sentenced accordingly. 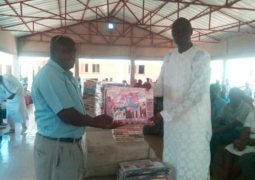