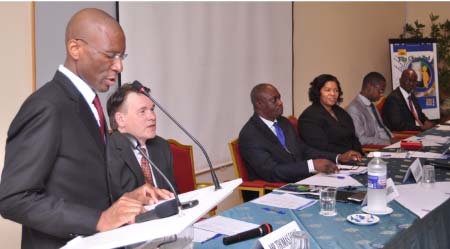 A two-day workshop on the adoption of the International Financial Reporting Standard (IFRS) in the banking system ended recently at the Kairaba Beach Hotel.

The forum organized by the Standard Charted Bank and the Central Bank of The Gambia attracted numerous participants from the various banks in The Gambia.

The programme was meant to share experiences from other markets and challenges that the banking industry experienced while looking for the way forward to overcoming those challenges.

It however, presented the opportunity for participants to highlight the challenges they forecast and to agree on workable solutions or options.

In his opening remarks, the Chief Executive Officer of Standard Chartered Bank, Humphrey Mukwereza, said the IFRS has become the international standard for financial reporting and more and more countries are moving towards its adoption.

According to him, by not joining the bandwagon reduces their competitiveness in attracting foreign direct investment.

“When the decision was taken by the Central Bank for banks operating in The Gambia to adopt IFRS for financial reporting, the question on most of our minds was whether as a country we are ready for it,” he recalled.

He added that as an industry they might not feel ready, but as they move ahead with the adoption, they would learn as they go along and get better with time.

He added that Standard Chartered Bank Plc adopted IRFS for financial reporting in 2004 and since then they have seen number of countries where they operate such as South Africa, Kenya, Ghana, Sierra Leone and Nigeria all adopting IFRS.

In his keynote address, Central Bank deputy governor Basirou O. Njie said that in 2001, the leadership of the International Accounting Standards Committee (IASC) with the support of Europe, Japan, the US and several other countries decided to do away with the idea of using international accounting standards as simply a reference for domestic standards and instead set out a global vision whereby all countries of the world adopt the same set of standards, known as the IFRS.

According to Njie, the decision by the European Union to adopt the standards starting in 2005 gave IFRS credibility and critical mass.

“So far, 90 countries to have fully committed to IFRS including The Gambia,” remarked Mr Njie.

He said the IFRS offer true international comparability to investors, provide high quality and credible information to regulators and eliminate the need to maintain multiple sets of books and the association cost.

“The assessment of The Gambia’s Accounting and Auditing Standards and practices was carried out with the assistance of the World Bank and the International Monetary Fund (IMF) under the Report on Standards and Code (ROSC) initiatives,” he said.

But the assessment revealed several shortcomings including the absence of a uniform accounting standards in The Gambia, which has the potential to undermine the credibility of financial statements.

In addressing the shortcomings, Mr Njie said that a Financial Reporting Act was recently enacted which provides for the establishment of the Gambia Institute of Chartered Accountants, a financial reporting oversight board, and more significantly the adoption of IFRS.

In insuring the smooth transition of IFRS, he added, the Central Bank of The Gambia with support from the World Bank and the IMF had organised series of workshops. 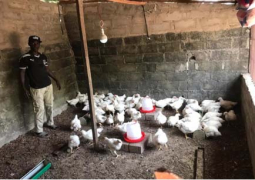 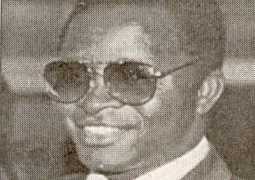 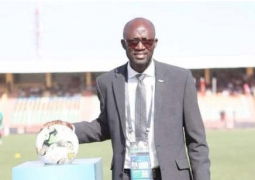