Bad weather conditions in have prevented what would have been a Scorpions' friendly with the Black Panthers of Gabon, in , yesterday afternoon.

Senior national team coach Paul Put, speaking to Pointsports, stated that, the match could not be held as a result of heavy rain and storms.

He said, "the weather was too dangerous for the players and it is very unfortunate that the game could not be held. The players were very much looking forward to this game, but it is rather sad that they will be returning back to their clubs".

Despite the disappointment, Coach Put is thinking about staging another friendly for the Scorpions in August, when there will be a free date in the FIFA calendar.

Football Pundits in The Gambia, who were looking forward to the first friendly in meant to market Gambian players as part of the latest strategy designed by senior national team Coach Paul Put, became disappointed following the announcement of the cancellation of the game.

Previous:
Tight Contest in 2009 Cricket League
Next:
The Chance of a Life Without Misery 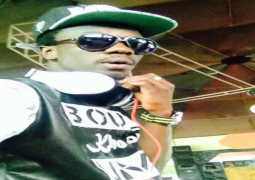