The Special Criminal Court yesterday convicted and sentenced one Mam Juwana Manga to ten-year imprisonment for infanticide, and the sentence would commence from the day she was first taken into custody.

Justice Emmanuel Nkea, in his judgment stated that the accused person was arraigned before the court, and charged with the murder of her newly-born child in Serrekunda on 24 December 2011.

He said challengingly the plea of not guilty, the state paraded four witnesses in support of the indictment and tendered four exhibits, and the accused person also testified as a lone witness in her defence, and tendered one exhibit.

The trial judge added that the accused person’s cautionary statement to the police stated that, at the time of the delivery, she was saddened by the fact that the father of the deceased baby had denied responsibility for the pregnancy.

“The baby was born alive, but in her testimony before the court she revealed that she was dizzy and unconscious, when she delivered the baby,” the judge stated.

“She later placed the cadaver in the plastic bag and dropped the same near the bridge at Bakoteh Tipper Garage, but she was not conscious of what she was doing,” he added.

Still in his judgment, the trial judge stated that in a murder trial, the prosecution must prove the following elements: one, that there was death; two, that the accused person participated in or caused the said death; three, that the death was unlawful; four, that the death was caused with malice aforethought; and five, the prosecution must negate all the defences or possible defences raised by the evidence in the trial.

Therefore, he added, he was inclined to hold that at the stage of delivery the accused was confused, frustrated and depressed, because the father of the deceased baby, whom the accused had been in love with, had denied responsibility for the pregnancy.

Furthermore, the accused was unemployed and had two children from a previous relationship whom she struggled to maintain.

The judge stated that he was satisfied that the accused in the circumstances was guilty of infanticide, and not murder which she was charged with.

“I therefore find the accused not guilty of murder, and I return the verdict of guilty of infanticide in contravention of section 197 of the criminal code,” he declared. 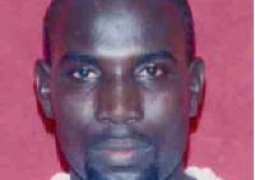