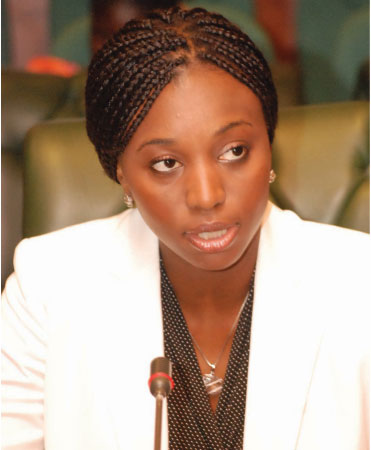 The Gambia joined the world in cerebrating World Malaria Day on 25 April under the Ministry of Health and Social Welfare, in collaboration with partners such as National Malaria Control Program (NMCP), at a programme held in Bwiam Kankuntu, Western Region.

Speaking at the ceremony, WHO country representative Thomas Sukuwa said: “The Gambia needs to strengthen its capacity for malaria data collection analysis and reporting so that our achievements are well reflected in regional and global reports which he believe that the malaria burden in the smiling coast of Africa is declining but concrete evidence nationally needs to be quickly consolidated and shared all roll back malaria partners”.

Dr Sukuwa said: “In The Gambia, strong national political commitment exists to prevent and control malaria and push the disease to pre-elimination phase. Gains have been made at sub-national level in scaling up effective interventions such as case management, indoor residual spraying, distribution of ITNs and IPT.”

He noted that gaps still exist in the timely collecting, collating, analyzing and reporting national data on the status of malaria in The Gambia.

Dr Sukuwa explained that the 2011 WHO world malaria report indicates that the African region accounts for 81% of the malaria cases that occur worldwide, adding that over 90% of deaths due to disease occur in the region and 86% of these deaths are among children below five years of age.

Minister of Health and Social Welfare Fatim Badjie, in her keynote address, told the gathering: “In The Gambia malaria remains to be a public health challenge and is the probable cause of 4% of infant deaths and 25% of deaths in children 1 to 4 years.”

She noted that although the economic burden of malaria has not been fully determined, there is no doubt that the disease accounts for considerable loss days of productivity among the adult population, absenteeism from school and workplaces and increased household expenditure on health”.

Minister Badjie said the theme for this year heralds the international community’s renewed efforts to assess progress towards roll back malaria objectives of zero malaria deaths by 2015, investments in malaria control have created unprecedented momentum and yielded remarkable returns in the past years.

These gains are fragile and will be reversed unless malaria continues to be a priority for global, regional and national decision-makers and donors.

Minister Badjie finally called upon all municipalities, communities, civil society organizations, women and men groups, schools and all other partners to join forces to roll back malaria.

According the programme manager of NMCP, Adam Jagne Sonko, “the day is a unified commemoration of global efforts to provide effective control of malaria around the world.

He added that the day also provides the opportunity for education and understanding of malaria and spread information on year-long intensified implementation of national malaria-control strategies, including community-based activities for malaria prevention and treatment in all endemic countries.

This is decisive juncture in the history of malaria control; whether the malaria map will keep shrinking, as it has in the past decade, or be reclaimed by the malaria parasites depends to a great extent on the resources that will be invested in control efforts over the next years, Madam Sonko told the gathering.

The governor of western region, Lamin Sanneh, assured the gathering that his office will ensure inclusion of malaria issues in the country’s development agenda since malaria is not only a health problem but developmental one, adding that they will continue to support the regional health teams and Ministry of Health and Social Welfarein their quest to reducing the malaria incidence and pave the way for a pre-elimination by 2015, by encouraging partnership, resource mobilization at community level and community mobilization to scale up investments into malaria prevention and control activities.

Alhagie Sankareh, regional health team for Western Region, also explained that malaria continues to haunt 40% of the world’s population and it infects more than 500 million people every year and kills more than one million.

Mr. Sankareh said further: “The burden of malaria is heaviest in sub-Saharan Africa and the Gambia is no exception.

“Interestingly, malaria is both preventable and curable, but continues to kill mainly the under 5 years of age and pregnant women.”

The occasion was chaired by Kebba Badjie, executive director at Bwiam Hospital.

Kebba Touray confident of Gambia U-20 chances in Group B