The criminal trial of Willy Joof, former Gambian ambassador to France and at one time permanent secretary at the Ministry of Foreign Affairs failed to proceed yesterday at the Banjul Magistrates' Court.

The accused person, Willy Joof, was present in court along side his defence counsel, LS Camara, as well as the Director of Public Prosecutions, Richard N. Chenge.

However, when the case was called, the trial Magistrate Hilary U Abeke told the court that he will not be able to hear the case.

As he put it, "I have a pending judgments that I would like to deliver, and as such I will not be able to hear any case today," he announced.

The case was subsequently adjourned to Friday 10th September 2010 for hearing.

Willy Joof, it would be recalled, was on Monday 30th August 2010 arraigned at the Banjul Magistrates' Court on a multiple counts charge.

He denied the charges, and was subsequently remanded in custody following a court ruling denying the bail application made by defence counsel Lamin Camara and the objection to the bail by DPP Chenge. 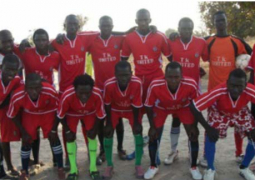