The commemoration was observed with a symposium held at Tango conference hall in Kanifing on the theme: "Role of men and boys in the eradication of FGM."

In her welcoming address, Dr. Isatou Touray, the Executive Director of Gamcotrap, who also doubles as Secretary-General of Inter Africa Committee (IAC) revealed that the objectives of celebrating February 6th is to call international, regional, national and community attentions to the efforts needed to free women and girls from the adverse tradition of Female Genital Mutilation, and to accelerate action towards its elimination.

"Zero tolerance to FGM means that FMG should not be tolerated for any reason, no matter what the type, who is doing it? She further stated, noting that FGM is a violation of human rights on those it's perpetuated on.

She outlined the various health complications, such as increase risk in maternal and reproductive health, child birth complications, and difficulties in menstruation and urinating, risk of contracting tetanus, infertility, HIV/AIDS and mental health issues as major consequences of FGM.

The practice, she said, should be stopped since it has no religious connotation as others claimed.

Deputing for the Director of Tango, Mr. Kebba Barrow hailed Gamcotrap for playing a lead role in promoting the health and well-being of young people.

He encouraged participants, mostly young people to share whatever they learnt from the forum with the wider society.

"We want to have a total liberalisation of the minds of young people," he said.

"FGM causes both immediate and long time consequences for the health of women and girls, thus violate their human rights. The international day against FGM provides an opportunity for people everywhere to redouble their efforts at ending harmful practice within a generation," she quoted the Executive Director of the UNFPA as saying.

Madam Susso on a personal note said that the theme of the event is timely and relevant, arguing that the struggle demands the efforts of both sexes.

During the programme, presentations were made on topics such as advocacy on eradication of FGM, both at the global and local levels, women's human rights and violence against women (CEDAW) and Maputo Protocol, effects of FGM, introduction to Gamcotrap, among others.

The occasion was attended by students, teachers, youth leaders and children organisations. 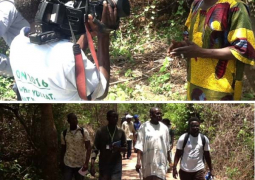 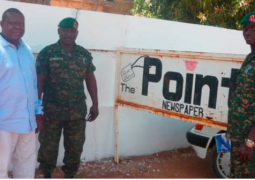 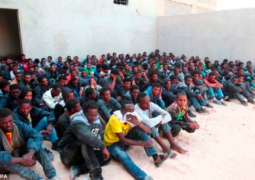