The ECOWAS is about to roll out a major health sector intervention aimed at eliminating malaria from the region through the application of a substance called biolarvicides. Biolarvicides, which are said to be very effective in killing malaria-bearing mosquitoes at their larvae development stage, is said to have been applied successfully to eliminate malaria in other parts of the world.

So far, very significant preparatory activities have been undertaken. The construction of three strategic factories in Cote d’Ivoire, Ghana and Nigeria, for the production of the anti-malarial substance is underway. The first of what is expected to be a series of region-wide sensitisation meetings to discuss strategies for implementing the programme, also took place in Abidjan on March 31, 2014.

The application of biolarvicides for the elimination of malaria across the West Africa region is scheduled to commence on May 28, a day celebrated annually as ECOWAS Day.

Unfortunately, even though the date set for the commencement of the application of biolarvicdes is just a month away, there has been barely any public awareness of the entire programme. This is definitely not good for the programme.

For a major health programme such as the one under reference, public awareness, understanding and support is very crucial and this is where the media comes in.

Given that the media (both traditional and new media) remain the main sources of public information, and also the fact that they continue to wield enormous influence in setting public agenda, the malaria elimination programme will require massive support from the media in order to succeed.

It is, therefore, critical for the managers of the campaign to take immediate steps to plan on ways of partnering and integrating the media to be strong allies in the delivery of the programme. Merely mentioning the media among groups and entities to be engaged in the implementation of the programme is not enough at this stage. The media have to be identified as core partners for the campaign.

The media are important in this exercise because they are also arguably the most cost-effective platforms for effective public education and mass citizens’ engagement.

To ensure an effective and successful media-led public sensitization under the campaign, the media must first of all understand the entire programme; have the relevant capacity to report accurately on the programme; and have the passion to serve as channels for public engagement on the programme. It’s already getting late for this to be done, but it’s still possible to have it done.

By way of strategy, it will not be cost effective or even possible (financially) to consider investing in fully paid-for media campaigns given that the programme is to be implemented across the region.

From experience, what may be feasible and helpful is to build strong partnerships with the media at the national levels (through owners and managers), aid them to have a better understanding of the malaria elimination programme (through proper information sharing and capacity development), and make them feel a sense of ownership of the programme. This, the media can do as their contribution to better health and their corporate social responsibility.

It is true that a large section of the media in the region have professional, ethical and capacity challenges. But with support, strategic planning, and in the spirit mutual responsibility for a better life, media can prove to be reliable development partners.

If successful, the malaria elimination programme may turn out to be the most important achievement of the ECOWAS and, thus, it deserves the attention and support of all including the media.

“Given that the media (both traditional and new media) remain the main sources of public information, and also the fact that they continue to wield enormous influence in setting public agenda, the malaria elimination programme will require massive support from the media in order to succeed”. 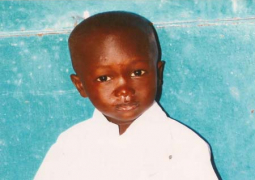