President Yahya Jammeh speaking Monday at the National Assembly in Banjul recommitted his government to continue implementing prudent tax and spending policies, while calling on all concerned to meet their tax obligations.

“In this vein, let me urge my fellow citizens, especially corporate citizens to improve the discharge of their tax obligations for the betterment of the country.”

In his statement delivered to mark the opening of the 2014 legislative year, President Jammeh announced the launching of “a comprehensive public finance management reform strategy (2014-2018) this year, with the goal of promoting the efficient use of resources.”

He added: “The reforms are particularly concentrated on promoting macroeconomic stability, improving revenue mobilization, enhancement of the integrity of the budget process, strengthening public procurement system and financial accountability.”

In his review of the country’s economy, President Jammeh said it “performed reasonably well in 2013, growing at 5.4 per cent”, compared to 5.25 per cent in 2012. The review covered other sectors, with recent developments in tourism “encouraging with a visible increase in the number of visitors” to the country. The goal is ‘to turn this great nation into the holiday destination of a life time.”

In education, there is a new US$18.8 million project, called “results for education achievement and development – READ – project” jointly funded by the World Bank and the Global partnership for Education. The Gambia government is contributing US$16 million to the READ project from the national budget.

The project goals include increasing access to basic education, particularly in deprived communities, improving the quality of teaching and learning in primary school.

Another US$10 million project, supported by the Islamic Development Bank, is for the modernization of madrassah education (Arabic Islamic school system) in the country.

BADEA, the Arab Bank for Economic Development in Africa has approved US$11.3 million to support increased access to basic and senior secondary education in regions 1 and 2.

This project will address the growing demand for junior and senior secondary school places in the two regions, through the construction and rehabilitation of 42 primary and high schools.

“By providing such grants, the cost burden of education on households will significantly reduce to a level that allows every household in this country to be able to educate their children with absolute affordability, irrespective of geographical location and income level.”

In higher education, the final design for the Faraba Babta campus of the University of The Gambia has been produced by the consultant, Pan Arab Consulting Engineers. The government, according to reports, has already received US$53 million in funding for the first phase of the campus construction project.

In telecommunications, the government and private sector operators invested in the ACE submarine cable project, which has significantly increased the country’s internal bandwidth, and service providers also increased their bandwith capacity. However, “we are yet to realize the full impact of this development as the carrying capacity of GSM and internet service providers remains limited.”

The GSM companies and ISPs will be assisted to improve their carrying capacity to match the increased bandwidth.

Meanwhile, the government is also embarking on another project, to upgrade the national transmission backbone under the ECOWAN project. This project has been signed and construction work is expected to start in April 2014 and end in June 2015.

The project includes the provision of a government-wide area network to enhance the e-government connectivity service. Related to this, the ministry of Information and Communication Infrastructure is gradually developing a data centre which will evolve intoa national data centre for The Gambia.

“The current facility which hosts the government email service and web portal, will be expanded in order to host several e-government services of various sectors under a secured cyber environment.” 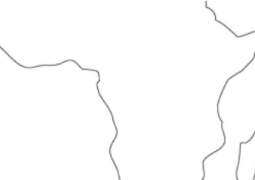 OPINION: Africa’s real story of 2017 will be of close elections and activists struggling to hold governments accountable 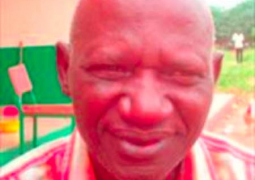 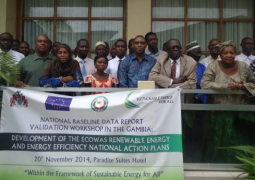