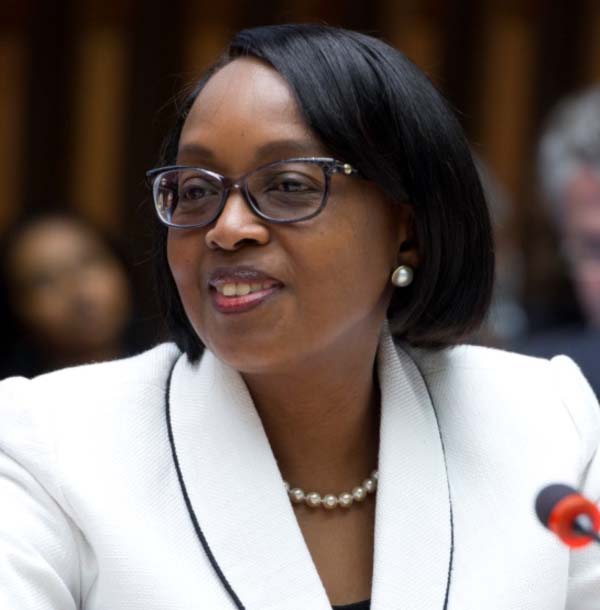 The WHO Executive Board, currently holding its 136th session, has appointed Dr Matshidiso Rebecca Moeti as the new Regional Director for WHO’s Africa Region.

Dr Moeti was nominated Regional Director by the health ministers of the 47 Member States of the WHO African Region at the annual Regional Committee for Africa in Cotonou, Benin, in November 2014.

Dr Moeti will take up her appointment for a five-year term on 1 February 2015, succeeding Dr Luis Gomes Sambo who has served as Regional Director for the past 10 years.

Speaking after her appointment, Dr Moeti, who is from the Republic of Botswana, pledged to accord the highest priority to the Ebola Virus Disease outbreak in West Africa as she takes office. She will work with WHO colleagues and partners to help the affected countries halt the spread of the disease and reach zero cases, while starting on the recovery agenda, including the building of resilient health systems able to withstand similar shocks in the future.

The new Regional Director noted that the outbreak, with its devastating impact on health, families, livelihoods and security in the worst-affected countries, had been a tragic reminder of the importance of investing in good quality, fair health services that reach all citizens in countries, and of building up preparedness and capacity to contain infectious diseases.

She will also help countries in their efforts to make faster progress in reducing deaths among mothers and children and tackling HIV/AIDS, TB, malaria and neglected tropical diseases, while working hard to promote healthy lifestyles and prevent non communicable diseases.

“I will fast-track the implementation of WHO’s global reform programme in the African Region, driving towards our being an even more effective, fast-acting and accountable partner to our Member States,” she told delegates at the Executive Board .

Prior to her election, Dr Moeti was the Deputy Regional Director and later, Coordinator of the Inter-Country Support Team for the South and East African countries of WHO African Region.

She is a public health veteran, with more than 35 years of national and international experience with WHO, UNICEF, UNAIDS and the Botswana Ministry of Health.

She has provided policy and strategic advice and support on a range of regional and global public health issues to international organizations and national governments which she has been associated with.

Her areas of expertise include a vast gamut of health sectors including communicable and noncommunicable diseases, immunization, maternal and child health, health systems strengthening as well as building partnerships for health and improving the effectiveness of WHO country offices.

As WHO Representative in Malawi in 2005–2007, Dr Moeti led the WHO country team in supporting the government and development partners in managing the health sector.At the height of the HIV/AIDS pandemic, Dr Moeti led the WHO Regional Office for Africa’s action on treatment scale-up in the context of the “3 by 5” initiative.

Dr Moeti joined WHO’s Africa Regional Office in 1999 and started her career working on HIV/AIDS. She has served as Assistant Regional Director from 2008-2011, and also as Director of Noncommunicable Diseases. Prior to WHO she worked with UNAIDS as a Team Leader of the Africa and Middle East Desk in Geneva (1997-1999) and was Regional Health Advisor for UNICEF’s Regional Office for East and Southern Africa.

Dr Matshidiso Moeti completed her medical and public health (Community Health for Developing Countries) degrees from the University of London and the London School of Hygiene and Tropical Medicine respectively.

“The Ebola crisis has highlighted the urgent need for strengthened WHO capacity in Africa. I believe that Dr. Moeti is a public health leader who can transform WHO’s Regional Office into the type of institution Africa and the world need.”

Dr Peter Piot, Director of the London School of Hygiene & Tropical Medicine & member of the team that co-discovered the Ebola virus in 1976

“I’ve known and worked with Dr. Moeti for many years and have the utmost confidence that she will bring renewed energy and creative solutions to the African Regional Office. Dr. Moeti has firmly committed herself to build on the tremendous progress we have made as a region and to tackle the most pressing challenges we face, including Ebola.” 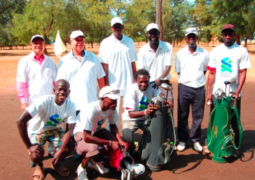