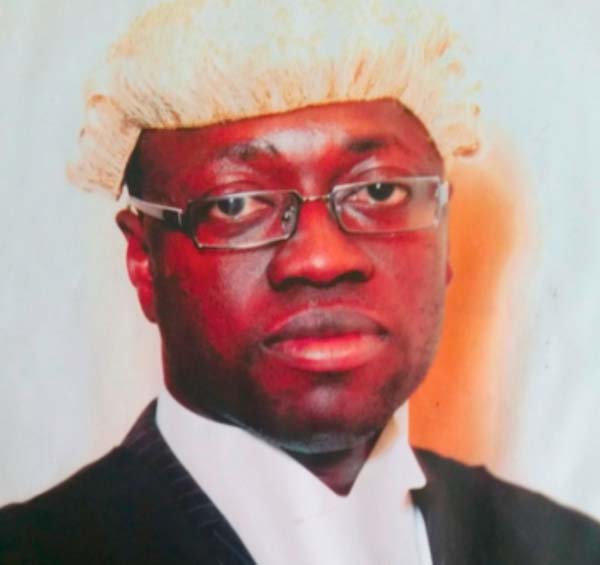 I join the rest of the world in congratulating His Excellency Adama Barrow and his team and I wish them tremendous success.

In the same vein, I wish to share my thoughts regarding some matters of the moment.

The Chief Justice should be appointed immediately as the courts, especially superior courts of record like the High Court and the Court of Appeal, are almost at a standstill.

The Judiciary is of course one of the most important organs of government and it has to function properly so that the entire government structure could flourish.

There are constitutional provisions in existence limiting the age of the President as well as the Vice President.

These are bad laws but bad laws are still part of the laws of the land until they are repealed. Necessary machinery should therefore be set in motion to repeal these age limiting laws because they are irrelevant and out of touch with reality.

Honourable Winston Churchill was around 70 years when he became the post-war Prime Minister of the United Kingdom and he was outstanding and legendary.

Nearer home, Abdoulie Wadda of Senegal was over 70 years when he became President and performed so creditably that he was elected for a second term

Her Excellency the Vice President

The appointment of Her Excellency the Vice President Fatoumata Jallow-Tambajang generated a lot of controversy concerning her age. Her Excellency is competent, experienced and well educated and the controversy would not have arisen if there was no age limiting law. The unnecessary and obsolete age barrier can be removed by amending the Constitution.

It has also been observed that she has not been sworn in, an omission apparently caused by the political crisis prevailing at the time of her appointment. She should take the oaths at the earliest opportunity.

Other members of the cabinet i.e. the recently appointed ministers are quite competent in their respective areas. Criticisms arising from their appointment should be noted and where necessary addressed.

More members of the diaspora should be appointed in the cabinet because they fought tooth and nail and contributed financially and otherwise to the successful change of government. The law preventing Gambian with dual citizenship from holding public office should be repealed as a matter of urgency. The loyalty of these people to the Gambian State is unquestionable. A Gambian is always a Gambian irrespective of other nationality he holds. This was clearly demonstrated by the concern shown by Gambians in diaspora during the political crisis.

Mamma Kandeh should be offered a cabinet post in view of the crucial and strategic role he played in the whole electoral process.

Much of his votes were cast by former APRC supporters who switched to his party. Although this was not the intended goal, the effect was that APRC lost considerable votes.

Irrespective of Mamma Kandeh’s political affiliation, he deserves to be honoured for his positive attitude geared towards the common good of our dear nation. He accepted defeat in good faith and asserted that the elections were free and fair thereby helping to diffuse tension when the going was tough

The online radios and online media outfits should be commended for their noble role in amplifying awareness concerning the political situation in The Gambia and helping to make the Gambian political impasse an international issue. Online media outfits like Freedom Newspaper, Fatu Network, Senefocus, Eye Africa, Essa Boucarr Sey, Gambian Democratic Movement etc. deserve a pat on the back. Thank God we have a President who is open to constructive criticism and genuine advice and handles matters with maturity.

The critics of Pa Nderry alleging that he is tribalistic are mistaken. Pa Nderry is ever known for criticizing any individual irrespective of tribe, religion, social or political affiliation. People should remember the old days when many are always eager to read the latest stories emanating from his investigative journalism. This has inspired other able online media outfits to join the struggle. This trend should continue unfettered as criticism brings out the best in individuals and governments.

People whose relatives have been criticized by the on-line press should realize that those holding public office are in the public glare and are the objects of scrutiny.

Coalition members are mature, experienced politicians and they know that they are open to constructive criticism.

I too have been criticized many times by Pa Nderry and my relatives and friends were very annoyed. But I took it all in good faith and told them that I am not offended because the criticism will make me better person, a better lawyer and make me watch my back. Therefore, I never reacted negatively to such criticisms.

Irrespective of any political or other affiliation, we should, all live in peace, harmony and unity and join hands to work towards the common good knowing fully well that The Gambia belongs to all of us. Long live the Republic of The Gambia.