Ten men and a woman were yesterday paraded before Magistrate O. Cham of the Brikama Magistrates’ Court, charged with conspiracy to commit felony and obtaining money by false pretence.

BS Touray appeared as defence counsel for the 5th to 11th accused persons.

The 1st 2nd 3rd and 4th accused persons were not represented by counsel, and told the magistrate they would like to have a lawyer represent them.

Defence counsel BS Touray said even though he was not representing all the accused persons, he would ask for bail on their behalf; and the prosecution did not object to the bail application.

The trial magistrate then granted all of them bail of D100,000 each with two Gambian sureties, who should depose to an affidavit of means in like sum and also deposit the original copy of their ID card.

He gave the 1st 2nd 3rd and 4th accused persons a week to get a lawyer.

The case continues on 5 February 2015, for plea taking.

The particulars of offence on count one stated that the accused persons, between 2010 and 2014 in Tujereng, Sambuyang, Sanyang, Gunjur, Tintinto and Mariama Kunda respectively in Kombo South district and West Coast Region, jointly conspired to commit a misdemeanour by obtaining money by false pretence.

Count two stated that the accused persons obtained an amount of over one million dalasi from Global Properties, which Michael Jatta and some other people, under pretext, said they have land to allocate to them knowing and believing that the said representation was false and untrue. 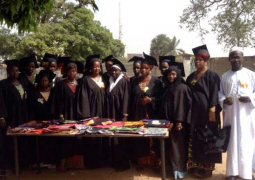 The Housewife's Budget During Ramadan