We would like to say a warm welcome to the new Inspector General of Police, Essa Badjie; the new Director General of National Intelligence Agency, Mr Benedict Jammeh, and the new Secretary of State for Youth and Sports, Mr Sheriff Gomez, to their new seats. All these are positions of great challenges.

To start with, we would like to urge the new Inspector General of Police to provide police officers with more vehicles, motorbikes and mobile phones so as to curb the crime rate, and to put measures in place for effective traffic control.

The new IGP should also try by all means to stop the unnecessary parking of vehicles, most especially trucks, along the highway. The police should ensure continuous night patrols to check crime and protect the civilian population and private property.

For the new NIA Director General, we would like to draw his attention to the need for always double-checking reported cases before effecting arrest. Both the new IGP and NIA Director General should try to expedite investigations in order to avoid long-term detentions in police custody and in remand.

They should not condone torture and should be real professionals by not involving themselves in politics. They should always maintain neutrality.

The NIA, as is always expected of them, should do their work as investigators and give chance to the police to do the rest so as to make sure that the law takes its course.

It should be noted that many people have been in remand for a long time without any formal charge or trial. If these precautions are taken, not only will they help boost the image of these institutions, but also that of the country as a whole.

Equally, the people should also respect the law by being law-abiding. Government should respect fundamental human rights and uphold the rule of law.

For the new Secretary of State for Youth and Sports, he has a vital role to play in society - to promote and develop sports in general throughout the country. He should also launch initiatives for youth activities and not only when there is an occasion.

In our humble opinion, the Department of Youth and Sports should have two Permanent Secretaries, one knowledgeable and committed to sports, and the other one in youth activities. This will help to build and strengthen the two areas both separately and jointly.

In some African countries, there are two different ministries created: one for youth and the other for sports. Government should not hesitate to pump adequate money in sports and youth activities, because these two can go a long way in helping prevent criminal tendencies and putting an end to the "" syndrome.

The private sector should also play a key role in sports financing, but government should give them the waiver on duties so that they can complement government efforts more readily and adequately in the promotion and development of sports and youth activities.

All disciplines of sports should be helped both morally and financially. All the federations that are dormant should be empowered to regain their respective status. 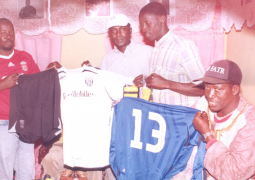 FIOH to contribute in addressing food shortage in Gambia 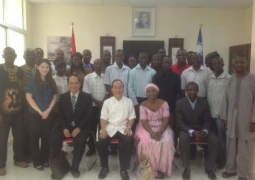