Twenty-seven year old Ousainou Colley, commonly call Ousainou Gambia have launched a campaign for the introduction of raising The Gambian flag at all institutions and Schools. He recently embarked on a nationwide campaign to promote his advocacy.

Ousainou told The Point that ‘flag of Gambia,’ describing it as a patriotic mission.

As a youth activist, Ousainou said he deem it necessary and important to contribute his part to national development by coming up with this initiative. “I decided to come up with something that is very national and can inspire people towards patriotism, togetherness, peace, national unity and to love and value our national symbols.”

He said for the love he has for his country, he has been going to schools to talk to them on national unity and patriotism, saying it is only through patriotism that can bring people together as one Gambia.

“I used the nationwide campaign to preach patriotism and nationalism,” He said.

He said the campaign is not only targeting schools, but also public and private institutions in the country.

As of now, the campaign has reached out to more than twenty-five institutions and over ten schools in the country. “I conducted a survey and realised that in The Gambia, government and private institutions do not install the national flag at their institutions.”

He said that was what motivated him even more to embark on the journey.

Ousainou said the main mission of the initiative targets to ensure that the national flag is seen at all institutions in The Gambia.

According to him, they have met with the permanent secretary at the Ministry of Basic and Secondary Education in their efforts to raise the awareness of school going children on nationalism and patriotism to ensure that they see the Gambia flag as something that represents Gambians.

“This is a self-funded initiative in which he was joined by two of his colleagues. “We use our own money to provide flags for institutions, we don’t ask for any butut from anyone,” he said.

According to him, coming with the initiative was inspired by the love he has for his country which has been in him since he was a teenager. “We need to have The Gambia at heart before we will be willing to sacrifice our time and resources for our mother land,” he noted.

He said the initiative is not politics related, saying the flag represents every Gambian.

He encouraged Gambians to love and value their national flag because it has something that brings them together as one people, saying Gambia can only move forward if people have patriotism in them. 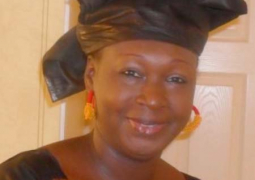 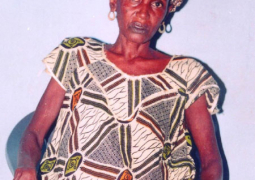