This weekend I wish to recommend two books for those with a weekend reading culture: one great, vintage, radical and heavily academic; another intriguing, hilarious.

The Groundings with my Brothers was the first full length book by the late Guyanese historian and Marxist scholar and political activist Professor Walter Rodney (1942-1980). It is a collection of speeches which Rodney had give to students at the University of the West Indies in Kingston in 1968, only two years after Rodney had gotten his PHD in History at University of London.

The essays in this book, six in number, are poignant and give us a taste of the brilliant mind that was Rodney. His incisive mind rendered the great history of Africa a great service. He was proud to put Africa in the centre of human civilization, and not in the margins as most Western historians were keen to in the 1960s. The essays in this small book (68 pages) are themed on the burning issues of the 1960s: black Power, the rise of Africa from colonial ruleand the African origins of human civilization. Rodney was keen in the book to spell out the greatness of African virtues and civilization before the arrival of the colonial rulers. For example, on page 53 he says: ‘Numerous reports attest to the hospitality of the African communities. Within any village or chiefdoms, the codes of hospitality and spirit of charity prevented the extremes of poverty and abandonment which one find in richer and supposedly more mature societies’. However, it was this kind of hospitality which led Africans into trouble later; ‘African approached their earliest European acquaintances in the same hospitable manner that was normal in dealings among themselves. They called the Whiteman honoured guest, piled them with gifts...’ sadly, this kindness was mis-used and exploited to make us give up our land and soon became subjects of the Europeans under colonial rule.

Professor Rodney who was assassinated in 1980 in Guyana, remains one of the foremost historians of the Marxist order in the 20th century and this book, just like his other famous title How Europe Underdeveloped Africa, is indeed another great addition to the explanation of the African story.

The World’s Greatest Secrets, the other book, is the lighter read for the weekend. At the heart of every good story, whether it is fact or fiction, lies a secret- a piece of powerful information concealed in hope or fear, jealousy, guarded by the perpetrators.In this small book (160 pages), the writer gives us a treasure trouve ofsecrets made and kept, secrets revealed, sold, bought, kept etc. In the section on secret societies, he tries to trawl through the secrets of the racist Ku Klux Klan and the Free Masons. This interesting and funny book takes us through the world of secrets from antiquity to date, from all over the world and touching on almost all issues under the earth and by all kinds of people from Emperors to tailors. 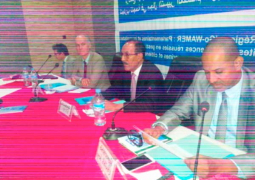