Following his side’s 4-1 defeat at the hands of Gambia Ports Authority in their Week One fixtures played at the weekend, the head coach of Interior, Ebrima Manneh, said they will prepare very well for Week Two fixtures against Brikama United at the Brikama Mini Stadium on Sunday 27 January 2013.

Manneh revealed that they were unable to deliver to expectations, which caused them to concede three goals in the first half, adding that in the second half they brought several fresh legs and dominated the game and created some goal-scoring opportunities but managed to score just one.

Manneh further revealed that he is really impressed with the performance of his team in the second half, noting that they dominated ball possession and created chances but failed to utilize their limited goal-scoring opportunities. 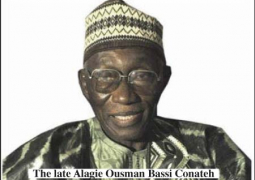