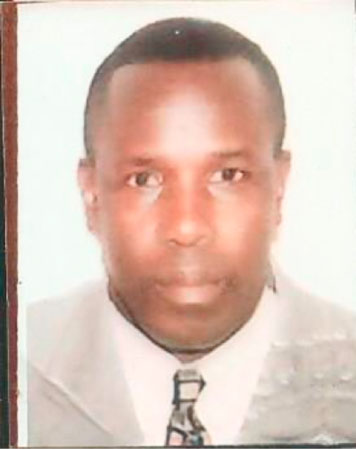 The newly-elected president of the Rotary Club of Brusubi, Mr Sana Jaiteh, has disclosed that the club is working assiduously to commence their activities with a major water and sanitation pilot project in the Central River Region village of Choya, which happens to be the home village of the current minister of information and communication.

He made this disclosure at the handing-over ceremony of the club’s outgoing-executive members at the weekend, held at the Coco Ocean Hotel with a reception attended by various Rotarians and friends of the rotary club as well as some government officials and members of the media.

He said the Rotary Club of Brusubi has been doing its best to meeting the task of serving humanity in The Gambia which includes such support as the water and sanitation project.

“We our club have gone far as we build our capacity to design and implement projects,” the club’s president said.

He added: “We plan to explore the feasibility of working with the youth. This year all Rotarians are challenged to plant at least one tree.”

Mr Jaiteh assured that his club no doubt will meet its quota many times over.

Also under consideration is the implementation of a basic literacy project and another on environmental awareness and protection, he disclosed.

“The Rotary Club of Brusubi will try not only to access rotary funds, but also to broaden our partnership base. We will also reach out to other organizations irrespective of whether they are for profit or not-for-profit public or private organisations,” he assured.

According to Mr Jaiteh, among his first priorities is to strengthen the club, saying that the strength of the Rotary movement lies in the efficient management of the clubs.

“However, we share the belief that the contributions, ethical standing and professional competence, as well as the active participation of the individual members are the nucleus of this movement,” he said. “We will work with senior leaders within the country and subject experts to ensure members receive adequate training in areas relevant to club function.”

He also said that as part of the global efforts to support and strengthen clubs, the rotary movement aims to attract more members within the 30 to 40-year age bracket.

“Another area requiring attention is diversity in terms of both the gender composition and classification of professions and the Rotary Club of Brusubi is no exception,” Mr Jaiteh said.

He also said that at chapter level, their gender balance was 75 per cent male and 25 per cent female.

His proposed target, he disclosed, is to increase the current membership of 25 per cent by a minimum of 40 per cent of the current level thus bringing the number of members to 35.

“As a result I do intend to organize on a quarterly basis specific forums to attract new members. We also intend to explore the feasibility of introducing new types of membership during the course of the year,” he said.

According to Mr Jaiteh, the third priority area is enhancing the image of the Rotary Clubs, which he said is an important component of their effort, as the primary responsibility lies on the shoulders of club members who must ensure they adhere to the provision of the ‘Rotary 4-way Test  and Code of Conduct’.

“As a club, we intend to work in collaboration with sister clubs in The Gambia to inform the public at large about this organization,” he said, adding that his club will focus on three strategic areas, thus: support and strengthening of Rotary clubs, focus and intensification of humanitarian action, and enhancing the image of the Rotary Club.

According to Mr Jaiteh, under his leadership, the Brusubi club will implement a work programme aligned with both Rotary international global and district priorities.

“Within this context, we will strive to continue to establish solid foundation to ensure the club, as part of an international service organization aiming to make a difference in The Gambia, efficiently manage to achieve the capacity to raise funds as well as to design and implement projects in a sustainable manner,” he said.