The Vice President, Dr Isatou Njie-Saidy, has said that “FGM is a human rights abuse”.

VP Njie-Saidy was speaking on Friday while presiding over the International Day of Zero Tolerance for FGM stakeholders’ forum organised by the Women’s Bureau under the Office of the Vice President and Ministry of Women’s Affairs.

Held at the Kairaba Beach Hotel, and supported by the UNFPA and UNICEF joint programme on FGM/C, the stakeholders forum aimed at sharing best practices, celebrate the gains made and to develop strategies for the dissemination and implementation of the Women’s Amendment Act 2015.

VP Njie-Saidy further said the day was a memorable one, as they are celebrating the International Day of Zero Tolerance for FGM and also commemorating the launching of the Women’s Amendment Act 2015.

“FGM is a human right abuse,” she said, adding that women and girls have the right to their bodies, just like other human beings.

She said the executive pronouncement banning FGM/C in The Gambia ushered in the process to amend the Women’s Act 2015 that was taken to the National Assembly, which not only prohibits the practice of FGM/C, but criminalised it as well.

“The encouraging news is that more and more communities are taking action to end FGM/C in the country.”

She said in 2012, the UN General Assembly urged countries to condemned harmful cultural practices against women and girls, particularly FGM/C, and to take all necessary measures including enforcing legislations, as well as creating awareness and to allocate sufficient resources to protect women and girls from human rights abuse.

VP Njie-Saidy said in as much as they agree that the practice has been outlawed as at now, many countries have also outlawed the practice; however, in most of those countries it has been practised there underground.

Therefore, she said, more needs to be done to strengthen the gains that have been achieved to protect the future generations from having to endure FGM forms of abuse and harm.

She added that following the legislation in The Gambia, they are going to come up with rules and regulations to address the issue.

The community approach has found that when men come to understand that there is physical and psychological trauma from FGM/C, they would become activists themselves towards the eradication, she continued.

The operation itself is harmful, and must be addressed because it has affected the lives of a lot of women, she said.

Ade Mamonyane Lekoetje, UN resident coordinator, said the International Day of Zero Tolerance for FGM is the United Nations’ campaign to end FGM practice, which violates the rights of women and girls.

“FGM is a clear violation of human rights,” she said, adding that it was incompatible with the goals for gender equality and the empowerment of women and girls.

“It was important to further raise awareness and educate people about the harmful practice of FGM and its human rights implications.

“FGM/C is a deeply-rooted traditional practice that has existed in our society for a very long time. Therefore, the rights of girls and women have been violated in the name of religion and culture, leading to serious health and reproductive health consequences for women and girls.”

Due to the harmful effects it has on the lives of women and girls, every effort is being made for the accelerated abandonment, she added.

“FGM/C reflects and reinforces the discrimination against women and girls, inequalities between men and women, and perpetrates a vicious circle that is detrimental to human development.”

It was for this reason that the UN strongly advocates for a complete abandonment of the practice, she continued, adding that the UN supports UNFPA and UNICEF to end FGM in The Gambia, and also advocates working together with all stakeholders.

Also speaking on the occasion, Hon. Fatou Mbaye, deputy Speaker and chairperson of the National Women’s Council, said the promotion of this campaign is to finally end a lifelong cultural practice that takes the form of numerous activities in various forums around the world to educate people about the harmful effects of FGM.

“FGM violates a series of well-established human rights principles, norms and standards, including the principles of equality, non-discrimination on the basis of sex, and the right to life when the procedures result in death and the right to freedom from torture and cruel inhuman or degrading punishment, among others.”

FGM interferes with healthy genital tissue in the absence of medical necessity, and could lead to severe consequences for a woman’s physical and mental health, she added.

The celebration marks the new beginning for the enforcement of the Women’s Amendment Act 2015 and the executive pronouncement made by the President, she said. 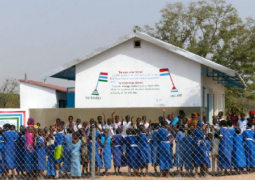