Malians have spoken, but challenges lie ahead

The outcome of last Sunday’s run-off vote in Mali’s presidential election is by all indications a clear testimony that Malians want peace back in their country, and that real democracy is still at work in that country.

Malians voted in a former Prime Minister as the country’s new president after it suffered a year-long unrest including a military coup and a French-led military intervention to oust Islamist rebels from the north.

A military coup in 2012, sparked by government passivity over a Tuareg separatist revolt in the north of the country, led to chaos, which enabled Islamist rebels to seize control of the northern two-thirds of Mali.

Translated into plain terms, the peaceful conduct of the elections praised by observers as transparent shows that Malians are fed up with political uncertainty and unrest.

Yet, with this unalloyed trust on the newly-elected president Ibrahim Boubacar Keita come a lot of challenges.

By voting overwhelmingly for him, Malians want to see a continuity of the plethora of development projects brought in by the former regime, and fulfillment of his electoral promises, key among them unifying Malians.

Another lesson to learn from Malians is the demonstration of political maturity, as seen and heard in the way the loser Soumaila Cisse conceded defeat and congratulated Keita and his family for the victory.

“I will not do anything to weaken Mali or undermine the unity of our nation,” Cisse told a news conference.

“I will build an alternative group. We will make proposals. We will criticize if necessary. We will promote democracy by opposition. That is what our country needs today.”

Cisse knows very well that power belongs to the people and, as such, he accepted in good faith the outcome of the elections - for the betterment of all Malians.

As the new president, Keita faces a daunting task of rebuilding a broken nation. He must move quickly to overhaul the armed forces, tackle ingrained graft and negotiate peace with the northern Tuareg fighters, who are clamouring for more autonomy from Bamako, without alienating his southern support base.

He should be the leader of all Malians and not just a few. He should also understand that he is just a political appointee given a mandate to run the affairs of his country, just for a time, and must, therefore, not see or ever, for even a second, believe or act like the country is his personal property.

We have seen in some instances that once elected into office, some African leaders tend to believe that only they can be trusted to run the affairs of their country.

This is wrong thinking and must stop!

The scourge of leaders clinging to power, and overstaying their welcome, has blighted the continent for a very long time, and has never been anything but destructive.

“So two cheers for Democracy: one because it admits variety, and two because it permits criticism. Two cheers are quite enough: there is no occasion to give three.” 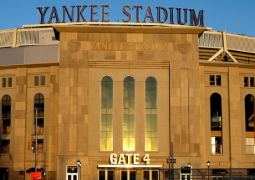