Waking to the news of another violent incident on the streets of London, UK, will make many of us despair for the UK, a country which seems to know no respite from grief and horror in recent months, whether it was the attack on Westminster Bridge, the Manchester bombing, the attack on London Bridge and Borough Market, and the Grenfell Tower fire.

Darren Osborne, a man allegedly full of hatred for Islam and Muslims, was arrested in the early hours of Monday on suspicion of driving a van into a crowd of Muslim worshippers in north London.

It was says Commissioner of UK Metropolitan Police Cressida Dick “quite clearly an attack on Muslims”.

It is commendable that the worshippers outside the mosque were restrained enough to hand the suspect over to the police and he will now face questioning.

At times of tension such as these it is obvious that all places of worship, churches, mosques and synagogues, are potential targets for those motivated by hate and it is essential that security is stepped up.

This is sad because a place of worship should be open to all visitors but these are dangerous times.

“Muslims are not bloodthirsty people. Islam is a religion of peace that forbids the killing of the innocent. Islam also accepts the Prophets, whether those prophets are Mohammed, God’s peace and blessing be upon Him, or Moses or the other prophets of the Books. ” 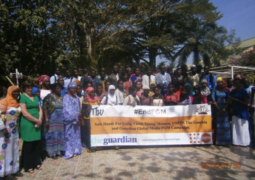 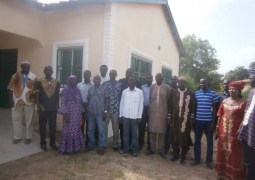