Another coup in Africa!

When we first heard of a reported coup in the West African state of Niger last week, we could not believe our ears simply because we thought the era of military takeovers has ended.

A group of soldiers calling themselves the Supreme Council for the Restoration of Democracy (SCRD) last week seized power and removed the Tanja administration. As we are opposed to self-imposed leadership, we believe that in this present-day-society the people must be given the chance to choose their own leaders. The soldiers must hold elections as soon as possible to allow the people of Niger make their own choice. While we are totally against the coup, we also blame the ousted leader, Mamadou Tanja, for trying to cling on to power by means of manipulating the constitution to run for another term of office. The new military leadership has, so far, made no mention of returning the uranium-producing African country to civilian rule, despite strongly-worded statements from the Western powers and regional bodies. We urge them to do so as soon as possible. It would be recalled that Tandja in 2009 extended his term and broadened his powers. Tandja had defended the move as necessary for him to oversee the country?s multi-billion-dollar minerals and oil development projects, but it attracted widespread condemnations and international sanctions. We joined the international community to call on the new military leadership to eventually cede power. Already, the African Union has suspended Niger, even before the coup, and with this latest development things might get worst for the West African state. Junta President Major Salou Djibo, in his only public appearance so far, told reporters on Friday that the military leadership was in the process of establishing its governing priorities, which are likely to include solving the country?s food shortage and financial problems. Niger indeed needs a democratic government sooner rather than later. 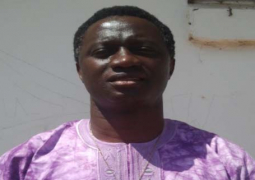