The United States Embassy in last Thursday disbursed over $100,000 to five civil and community-based societies and eight local communities.

The grant, totaling over D2 million, was given as part of the Embassy’s commitment to support local communities and help Civil Society Organizations (CSOs) and Community-Based Organizations (CBOs) in The Gambia.

The grant is aimed at empowering local communities to take ownership of small projects.

The beneficiaries and donors appended their signatures on a contract agreement at a signing ceremony held at the America Corner.

The event was presided over by the Ambassador to The Gambia, Pamela Ann White.

The Democracy and Human Rights Fund (DHRF) provides grants to indigenous civil society organizations or CBOs to implement small, short-term, and highly targeted activities designed to show measurable results with an emphasis on change in support of human rights and democratic institutions.

This year, the DHRF program awarded a total of US $52,000 to four organization. These were: the Gambia Bar Association, allocated a grant of D171,000 for website creation;

The Ambassador’s Special Self-Help (SSH) program is a grassroots assistance program that allows US embassies to respond quickly to local requests from small community-based development projects.

This year the program awarded a total of US$45,000 to eight communities nationwide:

Chilca Concern Association in North Bank Region received D200,000 for construction of a hand-pump well for ;

Saaba Fandema Kafo in North Bank Region was granted D134,680 for the purchase of a rice threshing machine; and finally

The US Ambassador to The Gambia, Pamela Ann White, said: “This project shows the Embassy’s commitment to working with The Gambia on democracy, human rights and community development issues.”

White commented that she can truly appreciate the positive impact of the self-help projects on local communities, she said : “Over the past year, I have travelled throughout the country often visiting previous project sites. I can honestly say that the milling machines, clinics, wells, gardens, have really touched the lives of those in these communities.”

Pamela Ann White, who will soon leave The Gambia for Haiti, is confident that the communities will experience the same type of benefit the previous beneficiaries have enjoyed saying: “These projects, however, are not a one way street.”

She explained: “The eight Self-Help Projects are different from most development programs, because they are community-driven. In addition to designing your projects, each of you has agreed to contribute in some manner to the project, either through land, or money. I applaud you for your contribution, as we can only succeed if we work together.”

She called for partnership and working together to make the projects a success.

She said the DHRF is one of the many mechanisms that the US government uses as part of its strategy to promote democracy and good governance.

Jainaba Nyang- Njie, vice chairperson of TANGO, Abdoulie Jawneh, president of the Gambia Association of Physically Disabled; Kemo Conteh, executive secretary of the Gambia Bar Association; Kebba Sillah, director of WASADA; Babucarr Camara, Rep of Kiang Jali, all beneficiaries of the grant, spoke at the signing ceremony, and commended the US Embassy for the support, describing the embassy as a “true partner”.

They assured the ambassador and her team that the projects would be successfully implemented, and would impact positively on the targeted communities and organizations.

The signing ceremony was co-moderated by the programs coordinator Yusupha Gomez and Zachary Bailey, political and economic officer at the US Embassy in Banjul.

Both officials of the Embassy urged the beneficiaries to ensure full implementation of the projects, adding that there was a vigorous selection process and they were lucky to be chosen.

We shall definitely leave in April - Omar Sey 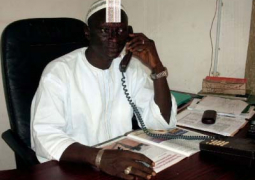 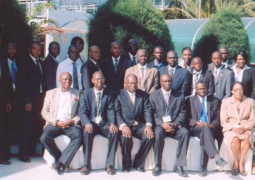