Gamtel/Gamcel male volleyball team, who won all their games of the league, first played Old Jeshwang on Friday. That game ended two sets apiece, but could not be completed because of darkness. 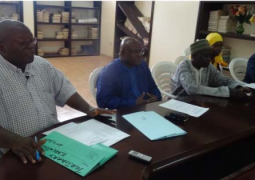