Today, Tuesday 10th April, marks the twelfth anniversary of the April 2000 students’ demonstration which was violently put down, resulting in the death of 12 young Gambian children and the maiming of several others.

No doubt, that incident still continues to haunt the conscience of many people in this country.

While so many people are beginning to forget about it, those whose dear ones were snatched away from them will definitely never forget that day.

Every anniversary would appear to them like a fresh wound, which will never heal.

It is the same thing with those whose children were maimed for life, because for them there is the daily struggle to care for their loved ones.

Indeed, it is quite sad to think about the plight of these once energetic young people being rendered disabled for the rest of their lives, while those who inflicted such suffering on them continue to walk freely in the streets.

It is our belief that those people who committed such heinous crimes must be punished for their wrong deeds, and the victims given the due attention and assistance they deserve, as most of them today continue to suffer as a result of the injuries they sustained from this incident.

We also call on the authorities to not only institute an adequate compensation package to the families of those who were affected, but to also help to care for those who were maimed.

It is indeed quite unfair to grant immunity to the culprits, and allow those affected to suffer in silence.

“I object to violence because when it appears to do good, the good is temporary, the evil it does is permanent.” 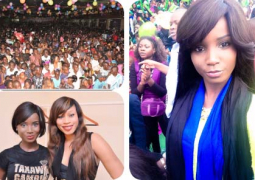 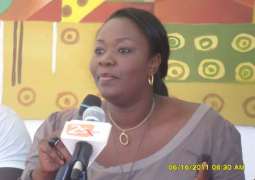